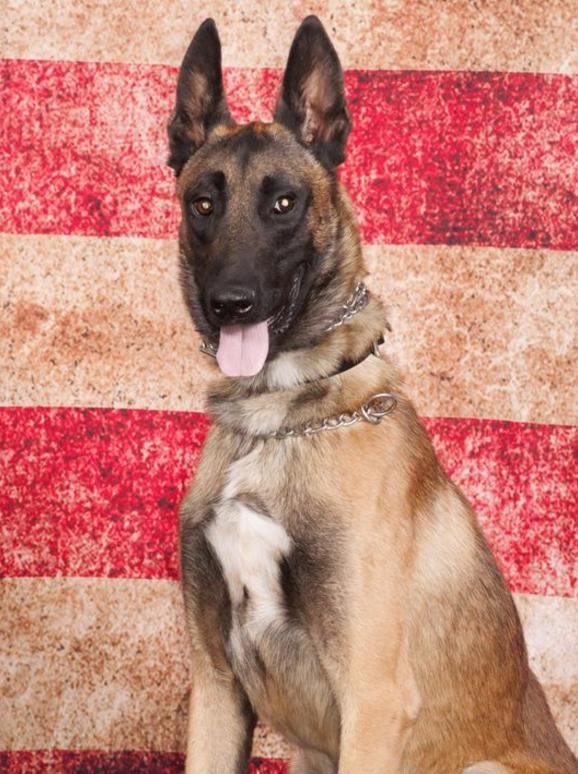 A California police dog died when the engine of K-9 unit he was in shut off, turning off the air conditioning. His partner returned to the car to find the dog, named "Idol" dead inside. The warning system officers use for the K-9 units is now being replaced. Photo by Porterville Police Department/Twitter

PORTERVILLE, Calif., July 22 (UPI) -- A police dog in Central California died after the engine of the police car he was in shut off and turned off the air conditioning, police said Thursday.

The Belgian malinois named Idol died June 20th when his partner placed him in the air conditioned car to cool down after a training exercise in 90-degree weather. The officer then went into his house to finish some work.

He returned about 90 minutes later to find the engine shut off and his partner dead.

A warning system designed to alert a K-9's partner about an air conditioning shut off failed to work when the engine stopped.

"It is a common practice for officers to ... keep their partners in their K-9 vehicles for protection against high or low temperatures," a police statement said.

The Tulare County Sheriff's Department investigation found a faulty cable the cause of the alert failure, police said, but is now putting new warning systems in the K-9 units and establishing other new procedures to keep police dogs safe while in the car.

"In his terms, his terms, it's like losing a kid," said Porterville Police Chief Eric Kroutil. "They've been together for two years. This officer is one of our top officers, he's SWAT, he was our officer of the year last year for the department. He's a stellar officer, he pays attention to all the details. It's just a tragedy,"

U.S. News // 14 hours ago
Biden: Supreme Court got abortion decision wrong
June 24 (UPI) -- President Joe Biden on Friday lashed out at the Supreme Court's decision to reverse the 1973 Roe vs. Wade decision that guaranteed a right to an abortion, saying it has taken away basic freedom for millions.
Advertisement