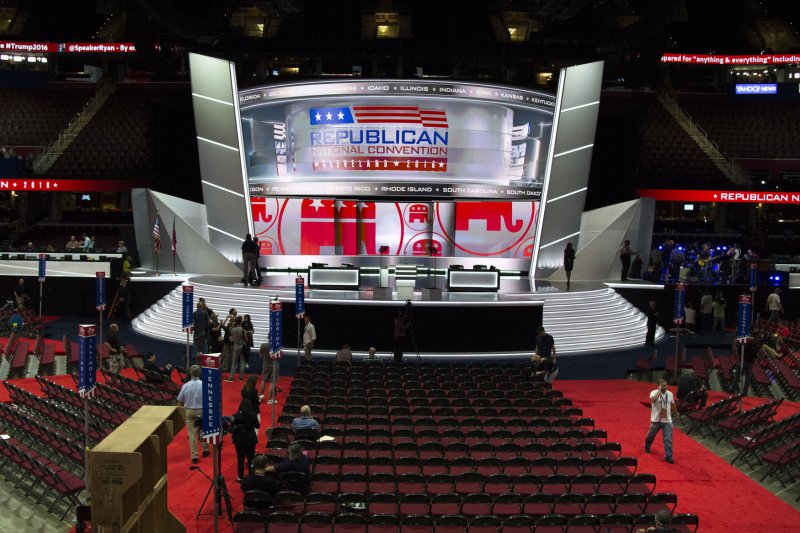 Speakers chosen for Monday's addresses are expected to talk about how to keep the United States safe "from attacks on our own soil."

"A Donald Trump administration will listen to and learn from our nation's heroes who have put themselves in harm's way and pursue a national security strategy and foreign policy that will strengthen our military and make America safe again," Jeff Larson, RNC CEO, said in a Sunday statement.

Though presumptive nominee Donald Trump is not scheduled to speak on Monday, he suggested he may. On Monday, Trump said he will be in attendance to watch his wife Melania speak. The convention will run until Thursday,

Following in the Trump campaign's "Make America Great Again" slogan -- a version of a slogan first popularized by former President Ronald Reagan in the election of 1980 -- Tuesday's theme for the RNC will be "Make America Work Again," followed by "Make America First Again" on Wednesday and "Make America One Again" on Thursday.

"Veterans, political outsiders, faith leaders and presumptive Republican nominee Donald Trump's family members will lead an unconventional lineup of speakers who have real-world experience and will make a serious case against the status quo and for an agenda that will make America great again," Larson added.

Cleveland is hosting the RNC has generated controversy. On Sunday, the Cleveland Police Patrolmen's Association asked Ohio Gov. John Kasich to suspend the state's open carry laws during the RNC following a shooting in Baton Rouge that killed three law enforcement officers and injured three others.

U.S. News // 8 hours ago
State Department offers $10 million reward for ransomware hackers
Aug. 12 (UPI) -- The State Department said Thursday it is offering a reward of up to $10 million for information leading to the unmasking and location of five individuals with connections to the notorious Conti ransomware group.
Advertisement