“I have been presented with no information that in any way questions the valor or medal count of my friend and American hero, Chris Kyle,” American Sniper co-author, Scott McEwen, replied Monday. “I grow tired of the constant attacks."

A U.S. soldier scans the area during a perimeter patrol in Al Taqaddum, Iraq, on March 21, 2016. The U.S. Navy said Monday that famed military sniper Chris Kyle, who was the focus of a bestselling autobiography and feature motion picture by Clint Eastwood, had earned two fewer medals during his career as a Navy SEAL than he claimed in his book, "American Sniper." Photo by Sgt. Rick Hurtado/U.S. Department of Defense

ARLINGTON, Va., July 11 (UPI) -- Famed sharpshooter Chris Kyle, who was the focus of a recent book and motion picture about his life, earned two fewer medals during his military career than he claimed, an investigation by the U.S. Navy has determined.

In his autobiography "American Sniper," which was subsequently adapted into a 2015 film directed by Clint Eastwood, Kyle claimed he had earned five Bronze Star awards and two Silver Stars.

An investigation by the Navy, however, has found that Kyle earned just one Silver Star and four Bronze Star medals, the Navy Times reported Monday.

"After thoroughly reviewing all available records, the Navy determined an error was made in the issuance of Chief Petty Officer Chris Kyle's form DD-214," Navy spokesman Ens. Marc Rockwellpate said. "Specifically, the DD-214 did not accurately reflect the decorations and awards to which Kyle was officially entitled."

"After notifying his family of the error, the Navy issued a corrected copy of the DD-214, which accurately reflects Kyle's years of honorable and extraordinary Navy service," he added.

The Navy also reissued Kyle's DD-214 discharge paperwork last month to affirm the reduced medal count -- something the Navy said it does often.

Kyle was a U.S. Navy SEAL sharpshooter regarded, with the additional Silver Star, to be one of the branch's most decorated service members in the post-9/11 era.

The Navy said it initiated the review due to the claim in Kyle's book, which was a bestseller.

"All told, I would end my career as a SEAL with two Silver Stars and five Bronze [Stars], all for valor," Kyle wrote in the book.

The U.S. military's Silver Star (right) and Bronze Star Award are given to American service members for valor and achievements of heroism. Monday, the U.S. Navy announced that an investigation has determined that famed Navy sharpshooter Chris Kyle, the subject of the book and motion picture "American Sniper," had received two fewer medals than he claimed in his autobiography. The Navy said Kyle earned one Silver Star and four Bronze Star awards in his 10-year military career. Kyle claimed he earned two Silver Stars and five Bronze Stars. Photo courtesy Joshua Young/U.S. Department of Defense

The co-authors of "American Sniper" responded Monday with defense of Kyle's service, and blamed the discrepancies on Navy records-keepers.

"The Navy is now admitting to sloppy record-keeping," co-author Jim DeFelice told the Navy Times. "However, I find it difficult to believe their records have become more complete in the years since the discharge papers were first issued."

"The bottom line is this: Chris saved countless lives on the battlefield, was awarded numerous medals for valor, and should have gotten even more," he added.

"I have been presented with no information that in any way questions the valor or medal count of my friend and American hero, Chris Kyle," the other co-author, Scott McEwen, said. "I grow tired of the constant attacks on his reputation, and question the motivation of those making the attacks."

ARCHIVE January 2015: Bradley Cooper says 'American Sniper' is about the 'struggle of a soldier'

This is not the first time Kyle's claims have been questioned. In his book, he claimed that he shot dozens of looters while perched atop the New Orleans Superdome after Hurricane Katrina. However, there is no evidence to support that claim, The Atlantic magazine noted in a report Monday.

Kyle also claimed in the book that he "punched out" former wrestler and Minnesota governor Jesse Ventura in a San Diego area bar in 2006 for allegedly disrespecting the Navy SEALs.

Ventura rejected that story and sued Kyle for defamation, even after his 2013 murder, for which a jury awarded $1.8 million in damages. Most of the award, however, was thrown out on appeal last month. 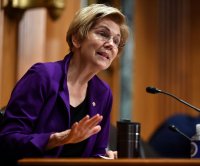