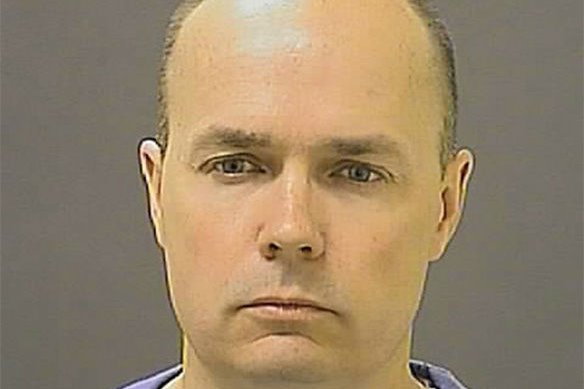 Baltimore Police Lt. Brian Rice saw one of his misconduct charges dropped by the prosecution on Thursday. Rice, 42, will continue to face charges of involuntary manslaughter, second-degree assault, reckless endangerment and a second charge misconduct in office. Photo courtesy of Baltimore Police Department

His trial began Thursday in Baltimore.

Rice is the fourth of six Baltimore police officers charged in Gray's arrest and death. Two officers have been acquitted while another officer's case was declared a mistrial.

RELATED FBI director: Hillary Clinton not truthful in public statements on her email

Rice was the highest ranking officer to respond to the incident that led to Gray's death.

During the prosecution's opening arguments on Thursday, Chief Deputy State's Attorney Michael Schatzow said Rice was a " highly trained and promoted lieutenant" who was "in charge" the day Gray was arrested.

Gray, 25, sustained a fatal spinal injury on April 12, 2015, while being driven in a police van after his arrest. His death sparked weeks of peaceful protests, riots and looting in Baltimore, and ignited the Black Lives Matter movement nationwide. Prosecutors contend officers did not do enough to get Gray medical aid after he was injured while handcuffed but not buckled into a seat in the back of the van.

RELATED Trump to House Republicans: We will win in November

Schatzow said Rice knew the police department's rules required him to secure Gray with a seat belt in the back of the police van to ensure his safety. A defense attorney countered that given that Gray was combative and attracting a crowd, Rice did what any reasonable officer would have done in deciding to not secure Gray with a seat belt but to instead place him face down, shackled and handcuffed, on the floor of the van.

Rice was hired by the Baltimore Police Department in 1997 and was promoted to lieutenant in 2011.

"He knew he was obligated to ensure the safety of Mr. Gray. He knew it, and he ignored it," Schatzow said. "His conduct was a gross departure of what a reasonable officer would do."