A TSA screener stands by a backscatter imaging device at Chicago's O'Hare International Airport. Tuesday, the TSA and American Airlines announced they will test new automated screening lanes at a handful of American airports this fall to streamline the security process and reduce checkpoint wait times by about 30 percent. File Photo by Brian Kersey/UPI | License Photo

Officials said the new technology should reduce wait times at security checkpoints by about 30 percent.

"Our foremost priority is the security of the traveling public," TSA Administrator Peter Neffenger said in a statement Tuesday. "To ensure that we remain up-to-date in an evolving threat environment, TSA continues to test and deploy state-of-the-art technologies.

"This collaboration with American Airlines is an important step in enhancing the traveler experience while maintaining effective security."

The new procedures will be tested beginning this fall at various American hubs across the United States, including Dallas-Fort Worth, Los Angeles and Miami, and the CT carry-on screening will be tested at Phoenix's Sky Harbor International Airport.

The TSA's news comes amid a busy summer travel season, which has seen long security lines at some of the nation's busiest airports, like Chicago's O'Hare.

"We are proud to be working collaboratively with the TSA to support next generation screening technology at five of our hubs this fall," American Airlines Chief Operating Officer Robert Isom said. "These state-of-the-art lanes, along with new detection technology that will be tested in Phoenix, will enhance security effectiveness and efficiency, while improving the customer experience."

"3D CT technology could make it possible to allow passengers to leave liquids, gels and aerosols, as well as laptops, in their carry-on bags at all times," the TSA stated. "This results in a quicker throughput and less bin use. If the pilot testing is successful, TSA may deploy CT technology to other checkpoints nationwide."

"Our responsibility is to keep passengers safe but also moving through security," Neffenger added. 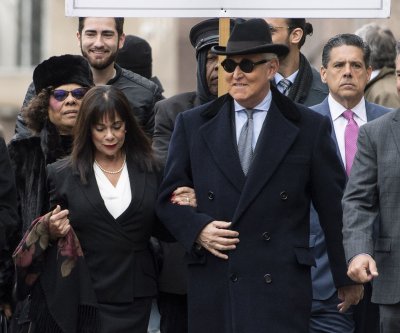 U.S. News // 4 hours ago
Markets see boost from Gilead coronavirus news
July 10 (UPI) -- The major U.S. stock indexes finished the week on the upswing Friday, spurred in part by a promising study from Gilead on a potential coronavirus treatment.