All clear at Joint Base Andrews; no active shooter

The lockdown at Joint Base Andrews came during an active-shooter training exercise. No shots were fired, several news outlets reported.

Joint Base Andrews, located outside Baltimore, was on lockdown with reports of an active shooter. Reports later said there was no shooter on the campus. Photo courtesy of Malcolm Grow Medical Clinic and Surgery Center.

BALTIMORE, June 30 (UPI) -- An all clear was called at Joint Base Andrews after early reports of an active shooter at the base medical facility, officials said.

Officials lifted the lockdown for the base, located about 15 minutes from the White House, with the exception of the Malcolm Grow Medical Facility. The base was placed on lockdown about 9 a.m. and all personnel were ordered to shelter in place.

Early reports of the active shooter on the base came about the same time the base was scheduled to begin an active-shooter training drill.

Early on, base officials tweeted first responders were at the scene.

"We are reacting to a report of a real world active shooter. The call occurred during an exercise. Because the report came in as a real active shooter we have to respond accordingly. We are treating as if it is and no further information at this time," officials said.

The base is under the jurisdiction of the U. S. Air Force. In 2009, the airbase merged with the Naval Air Facility to form Joint Base Andrews. It is home to Air Force One. 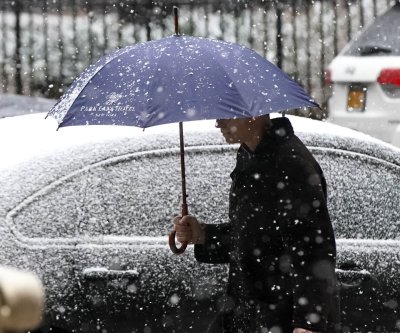 U.S. News // 8 hours ago
Trump administration wants to limit service animals on flights to dogs
Jan. 22 (UPI) -- The U.S. Department of Transportation on Wednesday proposed a new rule banning all but dogs from traveling as service animals on airline flights.