Largest U.S. water reservoir at record low due to drought

The water level at Lake Mead in Nevada, the largest reservoir in the U.S., has dropped 10 feet in three months to a record low, the U.S. Bureau of Reclamation said. If the water level doesn't get any higher by the end of the year, the federal government will utilize emergency water-rationing measures. Photo by Andrew Zarivny/Shutterstock

LAKE MEAD, Nev., May 24 (UPI) -- The water in the largest U.S. reservoir has sunk to a record low, due to the severe drought in the American Southwest.

Lake Mead, in Nevada, had dropped 10 feet in three months. With an average depth of 1,084 feet in February, last week the reservoir measured only 1,074 feet deep, or only 37 percent of capacity, according to the U.S. Bureau of Reclamation.

The manmade lake -- formed during the Great Depression by the blocking of the Colorado River with Hoover Dam -- has endured despite the drought that has dried up the mountain snowpacks that feed the river.

Lake Mead provides water to California, Arizona and Nevada but if the water stays at this level through the end of the year, the federal government might chose to take emergency measures and limit water supplies to Nevada and Arizona, said Bureau of Reclamation spokesperson Rose Davis.

"This problem is not going away and it is likely to get worse, perhaps far worse, as climate change unfolds," said Brad Udall, a senior water and climate research scientist at Colorado State University. "Unprecedented high temperatures in the basin are causing the flow of the river to decline. The good news is that we have time and the smarts to manage this, if all the states work together."

But to do so, Udall said, will require "making intelligent but difficult changes to how we have managed the river in the past."

The 1922 Colorado River Compact was drawn up during a wetter period in the American Southwest. The agreement directs the dividing of Colorado River water between the three states. Since then, other agreements have led to more water being allocated than what actually flows from the river in a average year, leading in part to the current crisis. 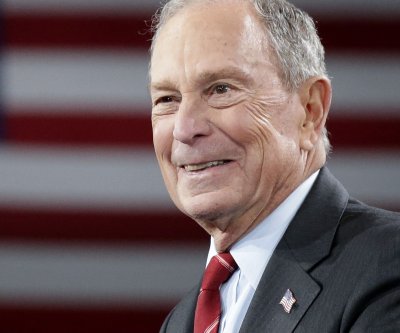 U.S. News // 11 hours ago
Oregon man found guilty of double murder amid anti-Muslim rant
Feb. 22 (UPI) -- An Oregon jury has found a man guilty of murder for fatally stabbing two men trying to stop him during an anti-Muslim rant in 2017.