"This is a tragedy for all of us," Carver County (Minn.) Sheriff Jim Olson said at a news conference Friday. 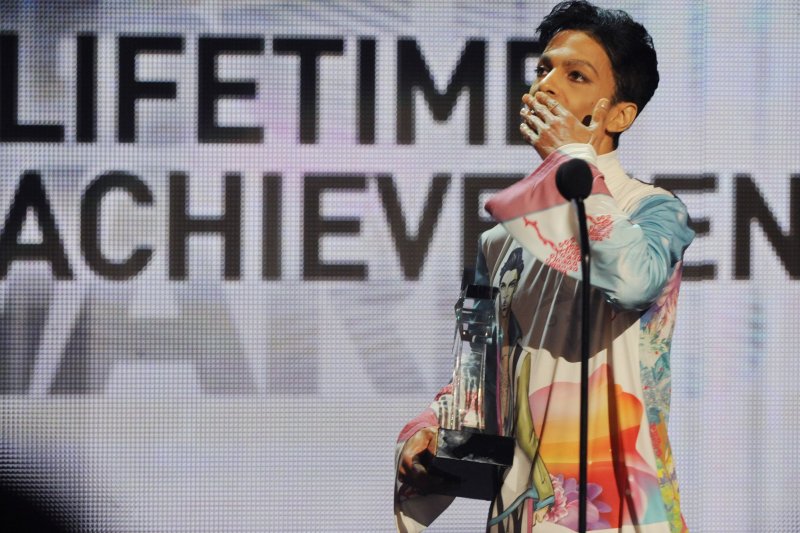 Singer and performer Prince acknowledges the audience as he accepts a lifetime achievement award at the BET Awards in 2010. Friday, Carver County (Minn.) Sheriff Jim Olson said investigators continue to look into the superstar's sudden death but "have no reason" to suspect suicide. He also added that no signs of physical trauma were seen on the 57-year-old's body. Prince died at his home in suburban Minneapolis on Thursday, garnering a mass outpouring of grief from fans and the entertainment industry. Photo by Jim Ruymen/UPI | License Photo

MINNEAPOLIS, April 22 (UPI) -- Prince Rogers Nelson, the enigmatic musical revolutionary who died suddenly on Thursday, did not commit suicide and did not display any signs of physical trauma, authorities said Friday.

Prince, 57, was last seen alive at around 8 p.m. Wednesday, Olson said, and was home alone at the time of his death. Friends who had unsuccessfully tried to reach him Thursday morning ultimately went to his home to check on him and found his body there.

"Prince is a very private person, and I don't think that that would be unusual for him to be there by himself," Olson said, adding that the investigation into the singer's death is still in the very early stages.

"This case is 29 hours old and it continues to evolve for us," he said.

RELATED Here are Prince's other hits you didn't know were his

When paramedics arrived at at Prince's Paisley Park compound in the Minneapolis suburb of Chanhassen around 10 a.m., the friends were still there and led the medics to an elevator that contained the singer's body.

The sheriff said the fire department, sheriff's office and paramedics all responded to the 911 call.

RELATED From Spike Lee to the Backstreet Boys: Artists react to Prince's death

"That is our standard protocol, and not unusual at all," he said, adding that paramedics unsuccessfully performed CPR and pronounced Prince dead at 10:07 CDT Thursday.

Olson noted that officials found "no obvious signs of trauma" on Prince's body, and added that investigators "have no reason to believe this was a suicide."'

Prince performs in the rain at half time at Super Bowl XLI at Dolphin Stadium in Miami on February 4, 2007. Photo by Terry Schmitt/UPI

When asked about the possibility of foul play, Olson said that was still being looked into.

The Midwest Medical Examiner's Office announced that it completed the autopsy around 1 p.m. CDT Friday -- but cautioned that a definitive cause of death likely won't be known for weeks, when toxicology results will become available.

"As part of a complete exam, relevant information regarding Mr. Nelson's medical and family history will be gathered. Anything which could be relevant to the investigation will be taken into consideration. Midwest Medical Examiners Office will not release information until the exam is complete and all results are obtained. Gathering the results will take several days and the results of a full toxicology scan could likely take weeks," the M.E.'s office said in a news release.

The autopsy was performed by the chief medical examiner, Dr. A. Quinn Strobl, the office noted.

The singer's publicists said earlier this month that Prince had been suffering from a flu-like illness that led him to cancel performances in Atlanta. His private jet reportedly made an unscheduled stop in Illinois last week en route to Minnesota due to unspecified health concerns.

Prince, who traveled the world and attained international superstardom during his 40-year musical career, had always stayed close to home in Minnesota. He was a visible and integrated member of the Minneapolis community -- even filming his 1984 theatrical megahit Purple Rain and its lackluster 1990 sequel, Graffiti Bridge, there -- a standing not lost on even those investigating his sudden death.

"To you, Prince Rogers Nelson was a celebrity. To us, he was a community member," Sheriff Olson said. "In life, he was a private person, and we're going to continue to respect his privacy and dignity.

"This is a tragedy for all of us." 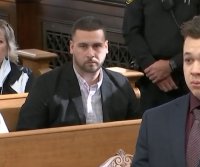 U.S. News // 4 hours ago
'Tiger King' 'Joe Exotic' gets 1 year shaved from federal sentence
Jan. 28 (UPI) -- The Oklahoma zookeeper best known as Joe Exotic in the Netflix series "Tiger King" was re-sentenced to 21 years in prison in a murder-for-hire plot to knock off a rival.