LOS ANGELES, April 19 (UPI) -- A protester during a Hillary Clinton rally this weekend blamed the former secretary of state for the recent death of a Honduran activist, citing a regime change in which Clinton was involved.

While Clinton spoke about her economic policies on Saturday at Los Angeles' Southwest College, a protester pulled out a banner that said "Hillary's regime change murdered Berta Cáceres" -- an award-winning Honduran human rights and environmental activist who was shot dead in her home March 3.

Cáceres was threatened a week before her death over her opposition to a hydroelectric dam project. Her family believes she was murdered as the result of her activism -- particularly a decade-long fight against plans to build the hydroelectric Agua Zarca Dam along the Gualcarque River, which is considered by some to be sacred ground.

The accusation against Clinton stems from the June 28, 2009, Honduran coup d'état, in which President Manuel Zelaya was removed by the Honduran Army under orders from the Honduran Supreme Court. Zelaya was flown into exile to Costa Rica by the military. The Honduran Congress voted to remove Zelaya from office the same day after a resignation letter -- the authenticity of which has been disputed -- was read.

The coup was met with international condemnation, including from the United Nations, the Organization of American States and the European Union -- which all demanded Zelaya's return because he was democratically elected.

Recently released emails from the State Department show that some of Clinton's top aides urged her to declare the events as a military coup while she was in charge during her tenure from 2008 until 2012, but she did not and instead made efforts to hold new elections.

"In the subsequent days [after the coup] I spoke with my counterparts around the hemisphere, including Secretary [Patricia] Espinosa in Mexico," Clinton wrote in her biography Hard Choices. "We strategized on a plan to restore order in Honduras and ensure that free and fair elections could be held quickly and legitimately, which would render the question of Zelaya moot."

RELATED $20 bill, not $10, may now feature a woman in favor of keeping Hamilton

Since 2009, numerous Honduran officials and activists -- including journalists, judges, labor leaders, human rights defenders and environmentalists -- have been assassinated for their roles in various activities.

Cáceres, 44, had won multiple awards for her activism, including the prestigious Shalom Award from the Society for Justice and Peace at the Catholic University of Eichstätt-Ingolstadt in 2012 and the Goldman Environmental Prize last year.

Honduras, which is regarded as perhaps the most dangerous country in the world for environmentalists, is notorious for its checkered human rights record -- a reputation Cáceres had specifically been fighting against.

In a recent interview with the New York Daily News, Clinton said the Honduran Supreme Court and Congress "followed the law" when removing the president. She also defended her refusal to declare a coup occurred.

"If the United States government declares a coup, you immediately have to shut off all aid including humanitarian aid, the Agency for International Development aid, the support that we were providing at that time for a lot of very poor people, and that triggers a legal necessity," Clinton said. "There's no way to get around it. So our assessment was, we will just make the situation worse by punishing the Honduran people if we declare a coup and we immediately have to stop all aid for the people, but we should slow walk and try to stop anything that the government could take advantage of without calling it a coup."

Following Zelaya's removal, the U.S. Embassy in Honduras determined "that there is no doubt that the military, Supreme Court and National Congress conspired on June 28 in what constituted an illegal and unconstitutional coup."

Clinton also said that her method of handling the situation was better for the Honduran people, although Honduras currently tops the World Bank's list of countries with the highest rate of intentional homicides.

"So I think in retrospect we managed a very difficult situation without bloodshed, without a civil war that led to a new election, and I think that was better for the Honduran people, but we have a lot of work to do to try to help stabilize that and deal with corruption, deal with violence and the gangs and so much else," Clinton added.

U.S. News // 43 minutes ago
Colorado House set to vote on bill to repeal death penalty
Feb. 26 (UPI) -- Colorado's House of Representatives is expected to vote Wednesday on a bill that would abolish the death penalty in the state. 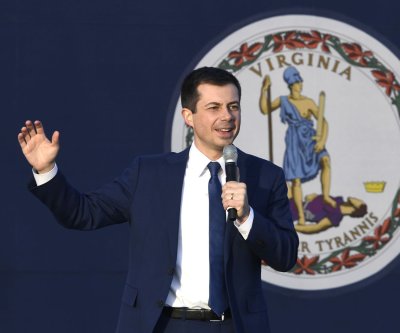 U.S. News // 8 hours ago
Coronavirus could prevent China from meeting $80B agriculture trade pledge
EVANSVILLE, Ind., Feb. 26 (UPI) -- With the phase one trade deal with China in effect just under two weeks, agricultural experts fear the coronavirus will impede China's ability to buy a promised $80 billion in farm goods over the next two years.