Saudis threaten sell-off of U.S. assets if 9/11 suits are allowed

U.S. President Barack Obama speaks during the dedication ceremony of the National September 11 Memorial Museum in New York, May 15, 2014. The museum, commemorating the Sept. 11, 2001 attacks on New York and Washington opens to the public on May 21, with wrenchingly familiar sights as well as artifacts never before seen on public display. UPI/John Angelillo | License Photo

WASHINGTON, April 16 (UPI) -- Saudi Arabia has warned the United States not to revoke its sovereign immunity, protecting the kingdom from lawsuits related to Sept. 11, or it will sell off hundreds of billions in American assets.

A bipartisan law sponsored by Sens. Chuck Schumer, D-N.Y., and John Cornyn, R-Texas, is being considered in the Senate, that would strip the Saudi government of its protection from American lawsuits in federal court. If enacted, the legislation would open a floodgate of civil suits against the Saudi government from families of the Sept. 11 victims.

A recent lawsuit filed in federal district court in New York by Sept. 11 families was dismissed on sovereign immunity grounds.

Saudi Arabia has never been formally linked to the 2001 terrorist attacks in New York and Washington, but 15 of the 19 hijackers were from there. A 28-page section of the government's official report on the Sept. 11 attacks deals with the role foreign governments played in the plot, but that section remains classified and has not been released to the public.

Recently, Zacarias Moussaoui, the so-called 20th hijacker, alleged as part of a plea deal for his role in the attack, that some members of the large and diverse Saudi royal family were aware of the plot and supported it.

Saudi Arabia has long denied any knowledge of the terrorist attacks that killed nearly 3,000 people. Their government has called on the United States to release the redacted portion of the 9/11 Commission report so it can defend itself against any specific allegations included.

The Obama administration has lobbied Congress to kill the immunity legislation, arguing the threat to the U.S. economy if Saudi Arabia were to follow through on the threats would be enormous. The New York Times reports such a sell-off would be difficult for the Saudis to pull off and could negatively impact their own economy just as much as America's.

Secretary of State John Kerry also warned lawmakers revoking sovereign immunity, which America enjoys around the world, could have grave diplomatic consequences by putting Americans at risk while they're overseas.

President Barack Obama is scheduled to travel to Saudi Arabia on Wednesday, a visit planned before the sovereign immunity debate became public. Obama has not said explicitly he would veto the legislation if it passes, but rather said he would prefer Congress to drop the issue of its own accord. 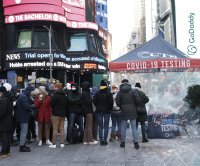 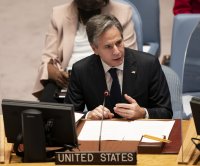