Democratic presidential candidate Bernie Sanders listens to the national anthem prior to Thursday's debate in New York City. On Friday, Sanders made good on a pledge from the debate, to release some of his recent tax returns. Photo by Ray Stubblebine/UPI | License Photo

NEW YORK, April 16 (UPI) -- Democratic presidential candidate Sen. Bernie Sanders made good on a promise during Thursday's debate, releasing his 2014 tax returns, the first personal financial data he has made public in the campaign.

Sanders promised they would be "very boring" -- and compared to many of his Senate colleagues who are millionaires, he appears to have been correct.

Sanders' Senate salary, $174,000, appears to constitute the bulk of the couple's income.

Sanders released the taxes, which he says his wife prepares for them, after his opponent, Hillary Clinton challenged him to do so during their debate. She brought up the tax return topic after Sanders criticized her for failing to release transcripts of paid speeches she made to Wall Street banks.

Clinton has posted her last eight years of taxes on her website and has released her family's taxes for much of the last 30 years, while her husband, Bill Clinton, was governor of Arkansas and president.

U.S. News // 1 hour ago
NBA's LA Clippers break ground on $1.2B arena, to be named Intuit Dome
Sept. 17 (UPI) -- The NBA's Los Angeles Clippers will break ground Friday on a new arena that's scheduled to open in a few years -- and it will be called the Intuit Dome, following a new 23-year naming rights deal. 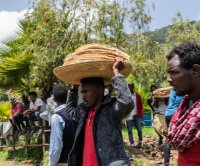 U.S. News // 3 hours ago
Biden OKs sanctions against Ethiopian leaders over Tigray fighting
Sept. 17 (UPI) -- President Joe Biden signed an order Friday that authorizes economic sanctions against leaders in Ethiopia over the fighting in the Tigray region, where conflict has pushed Ethiopians to the brink of famine. 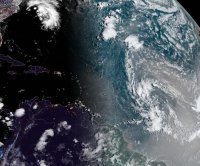 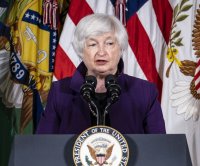