Speaking on the House floor Thursday evening, some conservative Republican members of the Oversight and Government Reform Committee accused Koskinen, 76, of improprieties during an investigation of alleged targeting of tax returns, failing to comply with subpoenas, the destruction of documents and emails and making false statements under oath.

The complaints centered on IRS practices and the investigations that followed after retired IRS official Lois Lerner revealed in 2013 the agency used terms including "tea party" to filter tax-exemption applications for additional analysis.

"You have an IRS commissioner who breached multiple duties that he owed to the public, and he violated the public trust," said Rep. Ron DeSantis, R-Fla.

Rep. Jim Jordan, R-Ohio, noted Koskinen was installed as commissioner to reform the IRS after the political targeting was exposed, but "every single duty he had, he breached."

Two House committees -- Oversight and Government Reform, and Ways and Means – have opened investigations into alleged targeting of conservative groups.

House Speaker Paul Ryan, R-Wis., a frequent IRS critic and former Ways and Means Committee chairman, did not join the push for Koskinen's impeachment, saying at a news conference Thursday, "I think this is an agency that has not been led well and this is an agency that needs to be cleaned up. As far as these other issues, look, what I think what we need to do is win an election, get better people in these agencies and reform the tax code so we're not harassing the average taxpayer with a tax code that they can't even understand."

U.S. News // 1 hour ago
Mom, toddler fall to deaths at Padres' Petco Park
Sept. 26 (UPI) -- A mother and her 2-year-old son fell to their deaths at Petco Park during the San Diego Padres' home game against the Atlanta Braves, the city's police department said. 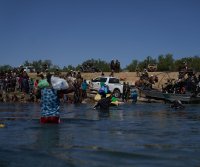 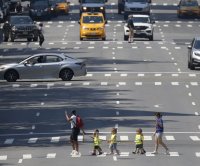