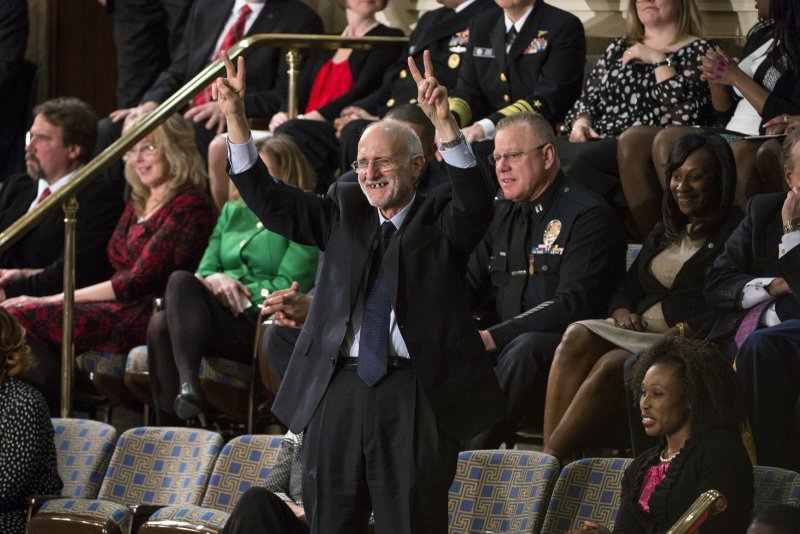 WASHINGTON, March 30 (UPI) -- Alan Gross, the American aid worker who was jailed in Cuba for five years, says he's voting for Hillary Clinton, the former secretary of state under whom negotiations for his release languished.

Gross, speaking to Politico, said he agrees with much of what Vermont Sen. Bernie Sanders says but disagrees vehemently with Sanders' past praise for the Castro regime.

Gross was locked up in Cuba for five years after government officials accused him of espionage after he was caught handing out telecom and Internet gear to Havana's small Jewish community.

Gross has been an outspoken critic of the Castro regime, though he has also supported President Barack Obama's opening ties with the island, saying the policy Obama and Clinton pursued in Cuba is ultimately the best for the people there.

Asked about whether he's angry that negotiations for his release took so long under Clinton, Gross expressed some frustration, saying, "I was a little angry at Secretary Clinton, because she was secretary of state when this happened and [it] falls under her supervision."

As for Sanders, Gross said the democratic socialist senator still has something of a soft spot on Cuba.

"I had the impression that Bernie didn't see that there was so much wrong with the country that he was visiting," Gross said.

Clinton has faced her own criticism over restarting diplomatic relations with Cuba. Gross was hardly the only American whose presence on the island was controversial.

The administration has faced stiff criticism over failing to secure the return of JoAnne Chesimard, the New Jersey woman who was convicted of killing a state trooper in 1973, only to escape prison and flee to Cuba, where she was granted political asylum.

Chesimard's case has long been stuck in the craw of conservatives critical of the Castro brothers and leery of renewing ties with a nation harboring a convicted cop killer who they say belongs in a U.S. prison.

The State Department has said it is working with Cuba on securing her return.

U.S. News // 9 hours ago
Ex-White House aide: Trump knew rioters had weapons, demanded to go to Capitol
June 28 (UPI) -- Cassidy Hutchinson, a former aide to Mark Meadows, President Donald Trump's chief of staff, testified Tuesday that Trump demanded to go to the Capitol after his Jan. 6, 2021, speech at the Ellipse.

U.S. News // 1 hour ago
Human remains found in 2013 ID'd as Texas teen missing since 2000
June 28 (UPI) -- Human remains initially found in 2013 in Midland County, Texas, have now been positively identified as those of a teenager who went missing in 2000, according to the Texas Department of Public Safety.

U.S. News // 1 hour ago
Biden administration to increase access to medication abortion
June 28 (UPI) -- The Biden administration is working to provide greater access to abortion pills in the wake of the Supreme Court's reversal of Roe vs. Wade, and the Pentagon announced abortions on military facilities will continue.

U.S. News // 3 hours ago
N.Y., Illinois, other states hold primaries for key races in November
June 28 (UPI) -- A risky Democratic strategy where progressive backers have supported the most extreme Republican candidates in GOP primaries will be displayed in two states on Tuesday.

U.S. News // 14 hours ago
Dozens of migrants found dead inside tractor-trailer in San Antonio
June 27 (UPI) -- The bodies of dozens of people were found late on Monday inside and around a tractor-trailer abandoned on the side of a road just outside of San Antonio, authorities and officials said.

U.S. News // 7 hours ago
West Texas farmers, ranchers fear worst as drought, heat near 2011 records
RALLS, Texas, June 28 (UPI) -- According to the U.S. Drought Monitor, more than 80% of Texas has been facing drought conditions most of the year, and some areas for much longer.
Advertisement