"People in the stands can have a beer, but we can't do what we want? That's a little messed up," Cubs pitcher John Lackey said Wednesday.

The Chicago City Council voted 35-10 Wednesday to pass a new ordinance that raises the legal purchasing age for tobacco from 18 to 21 -- and bans the use of smokeless chewing tobacco at all of the city's sports venues. The law affects fans, players and managers at both of Chicago's Major League ballparks, the Cubs' Wrigley Field (pictured) and the White Sox's U.S. Cellular Field. File photo by Henryk Sadura/Shutterstock

The Chicago City Council voted 35-10 Wednesday to pass a new ordinance that raises the legal purchasing age for tobacco from 18 to 21 -- and bans the use of smokeless chewing tobacco at all of the city's sports venues. The law affects fans, players and managers at both of Chicago's Major League ballparks, the Cubs' Wrigley Field and the White Sox's U.S. Cellular Field (pictured). File photo by Ffooter/Shutterstock

CHICAGO, March 16 (UPI) -- There was a time that chewing tobacco was as much a part of baseball as Louisville Slugger, Rawlings and Gatorade. Not anymore.

That means not only can't fans use the substance, but players and managers can't, either. And it's a law that has some members of the Chicago Cubs less than thrilled.

"It's going to be hard because you're an addict, pretty much," Cubs catcher Miguel Montero said Wednesday after learning of the ban. "It'll be tough to quit cold turkey. Hopefully it will help me to quit."

"People in the stands can have a beer, but we can't do what we want? That's a little messed up," pitcher John Lackey added. "We are grown men."

ARCHIVE Photos: Mets advance to the World Series with sweep of Cubs

The "no tobacco" law will take effect in June, which is right in the middle of the baseball season.

Fans or players who violate the new law will get a $250 fine for a first offense, $500 for a second offense, and $2,500 for third and subsequent offenses within a one-year period.

Chicago follows Los Angeles, San Francisco and Boston in implementing the ban at sporting venues. The entire state of California will follow in 2017, and New York will vote on a similar measure Tuesday, ESPN reported.

"I'm into personal freedoms," Cubs manager Joe Maddon, a former tobacco chewer, said Wednesday. "I don't understand the point with all that. Just eradicate tobacco period if you're going to go that route. I'm not into over-legislating the human race, so for me I'll just have to listen and learn."

Maddon, who was named the National League's Manager of the Year last season, said it doesn't make sense to him that fans and players can be barred from using a legal substance.

Chicago Cubs manager Joe Maddon speaks to the media the day before Game 1 of the 2015 NLCS in New York City, October 16, 2015. Wednesday, Maddon expressed disappointment with a new Chicago law that outlaws smokeless tobacco at the city's sports venues -- including the Cubs' Wrigley Field -- for players, managers and fans. File photo by John Angelillo/UPI

"A lot of that stuff I have a hard time with," he said. "I'm the wrong guy to talk to about that. If someone is going to make up my mind for me ... that's where I draw the line personally.

"Educate the masses, and then everybody can make their own decisions. That's what I'm all about."

Nonetheless, Maddon said he will instruct his team to follow the new law.

However, not every Cubs member opposed the new law.

"People that have success like to stick to their routine and do things a certain way," Cubs pitcher Jake Arrieta, a smokeless tobacco user and supporter of the ban, said of the new law's potential effects on players earlier this month. "Chewing is part of a lot of guys' routines."

"I was raised to be a law-abiding citizen and if that's the way it is, that's the way it is," White Sox pitcher John Danks said Wednesday. "Some guys will look at it and say, 'I'm a grown man, I can do what I want within the limits of the law.' Now you have to be selective where to do it."

The city ordinance, passed by a 35-10 vote on Wednesday, also raises the legal purchasing age for tobacco from 18 to 21.

"Chicago is choosing kids over big tobacco," the mayor added via Twitter. 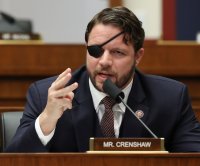 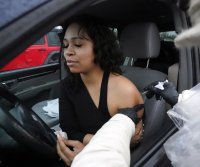 U.S. News // 8 hours ago
Temps hit 38 below zero in Alaskan city, setting new April record
April 10 (UPI) -- A historic cold blast settling into Alaska this week will send temperatures plummeting far below zero, which could topple century-old low-temperature records in one city and even a longstanding state record.