Trump backs out of CPAC speech to campaign in Kansas 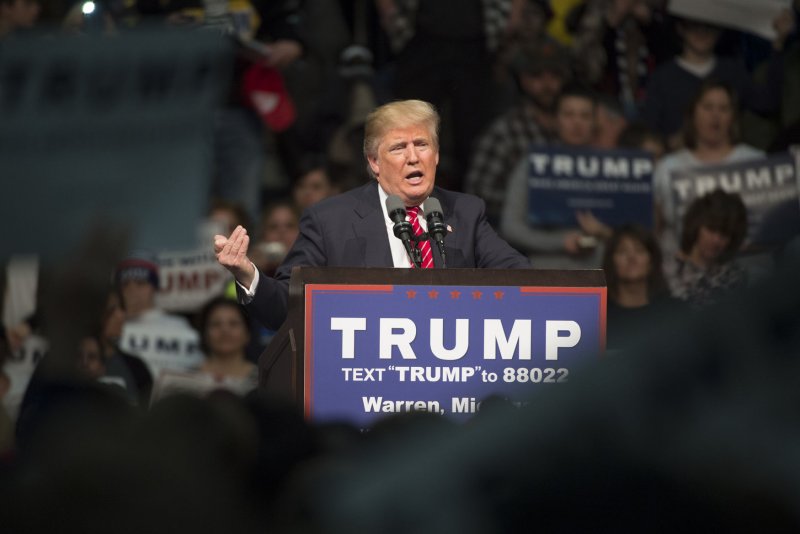 Republican presidential candidate Donald Trump on Friday backed out of a planned appearance at this weekend's Conservative Political Action Conference. His campaign said he would instead be in Kansas. Photo by Molly Riley/UPI | License Photo

The real estate mogul was scheduled to appear on stage Saturday at the Gaylord National Resort and Convention Center. Dr. Ben Carson, Texas Sen. Ted Cruz, Ohio Gov. John Kasich and Florida Sen. Marco Rubio are all still set to speak at the event this weekend.

Trump's campaign issued a statement saying he would be campaigning in Kansas instead of hobnobbing with conservative bigwigs.

"The Donald J. Trump for President Campaign has just announced it will be in Wichita, Kansas for a major rally on Saturday prior to Caucus," the statement read. "He will also be speaking at the Kansas Caucus and then departing for Orlando, Florida and a crowd of approximately 20,000 people or more. Because of this, he will not be able to speak at CPAC as he has done for many consecutive years."

The move comes one day after a Fox News Republican debate featuring Trump, Cruz, Kasich and Rubio that at times devolved into shouting matches and a barrage of personal insults. On Friday, some pundits and party insiders criticized the debate -- accusing candidates and other conservative leaders of ganging up on Trump, while others chastised all involved for name-calling.

CPAC reacted to Trump's decision on Twitter, saying organizers were disappointed he decided to drop out at the last minute.

"His choice sends a clear message to conservatives," the tweet read.

RELATED Mitt Romney on Donald Trump: He is a 'twisted example of evil'

Carson announced earlier this week he intends to address the status of his campaign Friday at CPAC -- an indication he intends to suspend his run for president.

U.S. News // 2 hours ago
New Southern Baptist leader Ed Litton says he aims to build 'bridges,' unity
June 16 (UPI) -- Alabama pastor Ed Litton has been elected president of the Southern Baptist Convention, in a runoff vote in which he beat out a fellow pastor from Georgia. 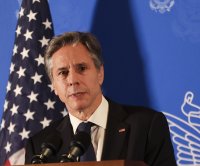