Former Mexican President Vincente Fox offered up more criticism for GOP front-runner Donald Trump on Friday, this time calling for the real estate mogul to drop out of the presidential race all together. File Photo by Ezio Petersen/UPI | License Photo

"I will invite this guy to withdraw from the race, to go back to his business and [forget] about what is a nation, what is a presidency of a nation, what is microeconomics," Fox told Fox Business Network on Friday. "Let me tell you -- 40 percent of Fortune 500 [businesses] have been created by migrants, by foreigners."

Fox also continued to lambaste Trump's promise to build a wall along the U.S.-Mexico border, at Mexico's expense.

On Thursday, Fox used some strong language to rebuke the plan.

"I declare: I'm not going to pay for that [expletive] wall," Fox told Fusion. "He should pay for it. He's got the money."

Fox joins former Mexican President Felipe Calderon, who told CNBC earlier this month: "Mexican people, we are not going to pay any single cent for such a stupid wall! And it's going to be completely useless."

The current president of Mexico, Enrique Pena Nieto, said in August that Trump's claim that Mexico would foot the bill for such a wall was untrue.

"Of course it's false," Eduardo Sanchez, a spokesman for Pena Nieto, told Bloomberg. "It reflects an enormous ignorance for what Mexico represents, and also the irresponsibility of the candidate who's saying it."

U.S. News // 6 hours ago
AG Garland: DOJ committed to prosecuting 'intolerable' Jan. 6 attack
Oct. 21 (UPI) -- Attorney General Merrick Garland was peppered with questions on a wide range of subjects in early questioning by Republicans and Democrats during his appearance in front of the House Judiciary Committee Thursday.

U.S. News // 1 hour ago
NTSB: Driver's seat was occupied during fatal Tesla crash
Oct. 21 (UPI) -- The driver and passenger seats were occupied during a fiery Tesla crash that killed two in Texas earlier this year, the National Transportation Security Board said Thursday.

U.S. News // 4 hours ago
Eric Adams, Curtis Sliwa clash over vaccine mandate in 1st NYC mayoral debate
Oct. 21 (UPI) -- The two men who are running to replace Bill de Blasio as mayor of New York City squared off in their first debate on Wednesday night, and clashed over the city's COVID-19 vaccine mandate.

U.S. News // 5 hours ago
CDC panel to vote on whether to authorize Moderna, J&J COVID-19 boosters
Oct. 21 (UPI) -- An advisory panel of the CDC is scheduled to vote Thursday whether to authorize booster doses of COVID-19 vaccines from Moderna and Johnson & Johnson, which would be a final step in the process.

U.S. News // 5 hours ago
Southwest says it lost $75 million over flight cancellations this month
Oct. 21 (UPI) -- Several days of delays and cancellations earlier this month ended up costing Southwest Airlines $75 million, the carrier showed in its earnings report on Thursday. 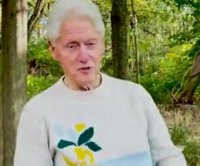