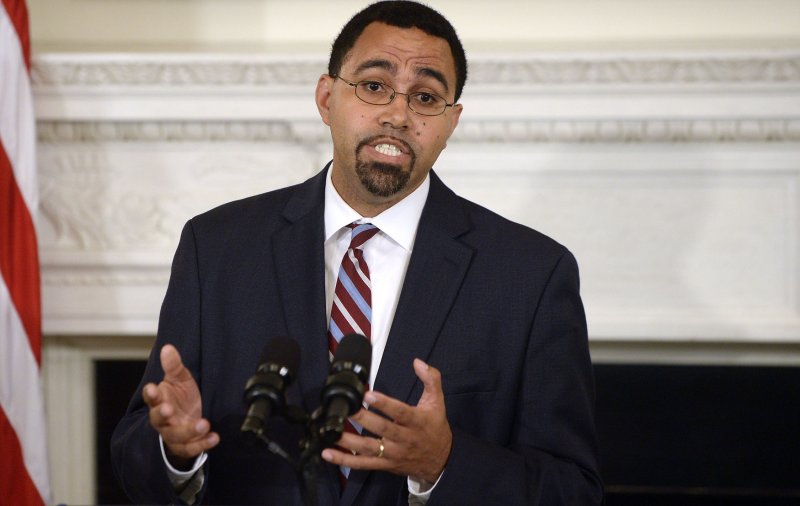 WASHINGTON, D.C., Feb. 8 -- The U.S. Department of Education on Monday announced the creation of an enforcement unit to investigate the growing number of allegations of student aid fraud and deceptive recruitment tactics by colleges and universities, particularly for-profit schools.

"We've also seen too many programs that promise students a better life only to leave them with piles of debt without the prospects to pay them," acting Education Secretary John B. King Jr. said at a news conference to announce the Student Aid Enforcement Unit.

The unit, working under the Office of Federal Student Aid, will quickly respond to possible misconduct in schools, help students who have been defrauded and protect federal funds that may have been misused by the schools.

The new unit is the latest in a series of actions the Obama administration has taken to address the complaints. Last week, the Education Department cut off access to federal financial aid at 26 for-profit education programs in three states after complaints they were requesting federal aid for students based on invalid high-school diplomas.

President Barack Obama is also asking Congress for $13.6 million in extra funds in the 2017 budget to increase the size of the new unit.

Education officials said 8,424 claims have been filed by students. Of those, 1,312 have been substantiated, resulting in $85.6 million in paybacks.

Most of the approved claims involved Corinthian Colleges, a now defunct for-profit college group. Allegations that Corinthian used predatory lending tactics and lied about program successes led to government investigations, a $30 million fine from the Education Department and bankruptcy.

In October, a federal judge also ruled that the college chain was liable for the $531 million it took from students, most of it in the form of federal student loans. The Education Department has offered loan forgiveness to more than 80,000 student victims..

"Strong safeguards for this important public investment matters more than ever," King said.

In 2012, the average debt for a for-profit school student was $39,950, compared with the public universities' average student debt of $25,550 and private schools' $32,300 on average, according to the Institute for College Access and Success.

Obama's budget proposal would also include a plan to close a legal loophole that allows for-profit schools to get extra federal tuition assistance by recruiting veterans. For-profits cannot get more than 90 percent of their funding from federal student aid, but they can get around the cap by enrolling veterans, whose tuition assistance comes from GI benefits, which is not counted as federal student aid.

"When Americans invest their time, money and effort to gain new skills, they have a right to expect they'll actually get an education that leads to a better life for them and their families," King said. "When that doesn't happen, we all pay the price. So let me be clear: Schools looking to cheat students and taxpayers will be held accountable."

The new unit will be led by Robert Kaye, who most recently served as a consumer protection attorney at the FTC. Kaye will lead a staff of more than 50, who will work in four divisions -- investigations, borrower defense, administrative action and compliance with the Clery Act, which requires colleges with federal aid programs to disclose campus crime statistics and security information.

Elizabeth Baylor, director of post-secondary education at the Center for American Progress, said that in the past the Education Department has only looked at oversight in terms of compliance without looking into the "whys of how a college is operating."

"Now that we've seen repetition in terms of the type of aggressive tactics some schools use in recruiting students, there's much better direction on where to look and how to address the issues," Baylor said. "This is the department taking a much more deliberate approach."

U.S. News // 11 hours ago
Illinois police: July 4 parade mass shooting suspect in custody
July 4 (UPI) -- A man wanted in connection with the slaying of six people at an Independence Day parade north of Chicago on Monday was taken into custody eight hours after the incident, authorities announced.

U.S. News // 13 hours ago
Florida-based ice cream company linked to deadly listeria outbreak
July 4 (UPI) -- A listeria outbreak linked to a Florida-made ice cream brand has killed one person and hospitalized 22 others, the Centers for Disease Control and Prevention said.