Where are the candidates on caucus night?

Hillary Clinton spent the weekend campaigning in Iowa, where she and many other candidates are awaiting the outcome of the caucuses. Photo by Mike Theiler/UPI | License Photo

DES MOINES, Iowa, Feb. 1 (UPI) -- Iowa caucus-goers hit the polls tonight, and candidates locked in tight races on both sides are eagerly awaiting results -- that could take hours to come.

The caucuses start at 7 p.m. CST, and it could take several hours for Iowans to decide. Decision time varies depending on the election, but The Washington Post projected the winners will be called by 10 or 11 p.m. CST.

Tonight's decision is the conclusion of months of retail politics for candidates, and just the beginning of what promises to be an interesting primary season.

Nearly every candidate will be in Iowa to observe the outcome. Here's a look at what they all have planned, in order of each candidate's Iowa polling average, according to RealClear Politics.

RELATED Gallup poll: Donald Trump is most unliked candidate in 25 years
RELATED Your guide to the Iowa caucuses

Trump will wait out caucus results at the the Sheraton in West Des Moines, Iowa, starting at 9 p.m. CST.

Iowa will be the first true test of Trump's unusual campaign. If the real estate mogul can turn out a significant amount of first-time caucus goers on Monday -- the bulk of his supporters in Iowa -- his chances look good. However, Corey Lewandowski, Trump's campaign manager, told Politico: "We've never touted our ground game here."

The Cruz camp will be hosting a watch party at the Iowa State Fairgrounds in Des Moines starting at 7 p.m. CST.

Analysts project a lower turnout to caucus night could work in Cruz's favor.

Rubio's watch party will be at the downtown Des Moines Marriott starting at 8 p.m. CST.

ABC News reported many of Rubio's recent stops in Iowa seem to be retracing the steps of former GOP presidential hopefuls Mitt Romney and Ron Paul, focusing in on the state's larger urban areas.

Carson's watch party will be at the West Des Moines Marriott starting at 6 p.m. CST.

With a blizzard warning in effect for the Des Moines area Tuesday, Carson's campaign confirmed to The Hill that Carson planned to leave Iowa Monday night to head back home to Florida for a few days. The breather is unusual as most candidates will head straight to New Hampshire or South Carolina after the caucuses.

Paul will attend a caucus at the DoubleTree hotel in Cedar Rapids at 7 p.m., before making his appearance at the Stand With Rand Victory Party in Des Moines two hours later.

Paul spent the morning reiterating his criticisms of pollsters to MSNBC's Morning Joe and NPR's Morning Edition. The libertarian-leaning candidate hopes to make a splash, based on his belief that his low-polling is inaccurate.

Bush is one of three GOP candidates who are jumping ahead to the next chapter of primary season, with a town hall in Manchester, N.H., at 6:30 p.m. EST. Bush attended a pre-caucus event Monday afternoon.

Right to Rise USA, the super PAC supporting Bush, hit a considerable fundraising slump according to recent filings. In the first half of 2015, the group raised $103 million, but in the latter half of the year, fundraising dropped to $15 million.

On top of that, Bush's campaign is being accused of paying people to fill seats at campaign events in recent days. The allegations are being stoked by operatives for other campaigns, and Bush's campaign has denied them.

Huckabee will hold a watch party at Noah's, a venue in West Des Moines, starting at 7:30 p.m.

Huckabee, winner of the 2008 Iowa caucuses, is expected to drop out after Monday since his campaign has not managed to move the needle for months.

Kasich is another candidate choosing to get a jump start on New Hampshire. He will host a town hall in Loudon, N.H., starting at 6 p.m. EST. Kasich polls at 11 percent in New Hampshire, tying for second place with Cruz.

ABC News reported Kasich has made frequent mention of his endorsement from The New York Times during his many campaign stops in the Granite State.

Fiorina's campaign will host a party at the Hilton Garden Inn in West Des Moines from 7:30 p.m. to 11 p.m. CST.

Another candidate hedging his bets on New Hampshire, Christie will kick off his bus tour in Nashua, N.H., with a town hall meeting from 8:30 to 10:30 p.m. EST. Christie holds a 6 percent polling average in the first-in-the-nation primary state.

Despite forgoing a caucus night celebration, Christie told ABC News on Monday he expected to "over-perform" in Iowa.

Santorum will hold a party in Johnston at the Hilton Garden Inn at 7 p.m. CST.

CNN reported Santorum bid a fond farewell to Iowa on Sunday. The candidate who once fared so well in Iowa in the 2012 election is unlikely to survive this year's caucuses. His campaign has not listed any official events until May 27, less than two weeks before Iowa's formal primary.

Gilmore's largely invisible campaign has opted to also bypass Iowa. Citing the expense of competing with other candidates in the state, Gilmore told Iowa radio show Mickelson in The Morning last week: "If I get one vote, frankly, in Iowa, I'll consider it a victory."

While a polling average is not available for Gilmore from RealClear Politics, he won over 1 percent of those surveyed by Public Policy Polling in a poll released last week. Gilmore does not appear to have an event scheduled for caucus night.

Clinton super PACs raised a whopping $56 million in January alone. However, Politico reported much of her haul so far has come from donors who have given the maximum amount allowed by the FEC, meaning those donors cannot give again unless Clinton wins the Democratic nomination.

Sanders will hold a caucus night party at the Holiday Inn Airport in Des Moines starting at 9 p.m. CST.

The Vermont Senator is coming off of an impressive month of fundraising, having brought home $20 million in January alone.

O'Malley's party will be at Wooly's bar in Des Moines starting at 8:30 p.m. CST.

Due to the Iowa Democrats' complex caucus rules, O'Malley is not expected to walk away with any delegates. However, those who choose to caucus for him could tip the race in either Clinton or Sanders' direction. 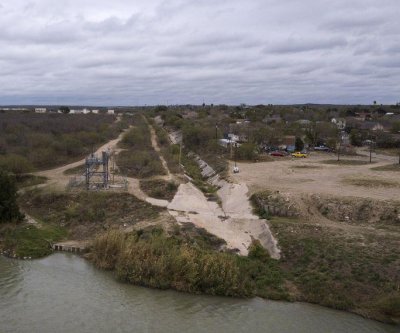 U.S. News // 1 hour ago
Laredo, Texas area coming face to face with the reality of a border wall
RIO BRAVO, Texas, Feb. 25 (UPI) -- For two decades, Carlota Lugo has run her small family store in this tiny border town that sits just a block away from the Rio Grande.

U.S. News // 6 hours ago
African swine fever vaccine at least 2 to 5 years from commercial production
EVANSVILLE, Ind., Feb. 25 (UPI) -- The latest of the three vaccine candidates developed by U.S. government scientists to prevent African swine fever seems to show the most promise, experts say -- but it might be years before any becomes available.

U.S. News // 10 hours ago
Alabama authorities searching for escaped inmate convicted of murder
Feb. 24 (UPI) -- Authorities in Alabama are searching for Daniel Miner, who escaped from a work-release program where he was serving a life sentence for murder with the possibility of parole.

U.S. News // 13 hours ago
White House requests $2.5B for coronavirus response
Feb. 24 (UPI) -- The White House on Monday requested $2.5 billion in emergency funding from Congress to combat the coronavirus. 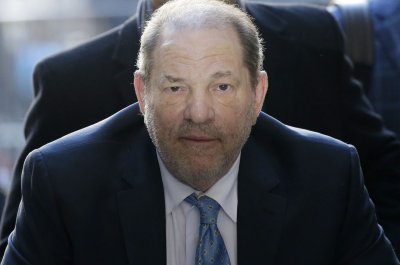 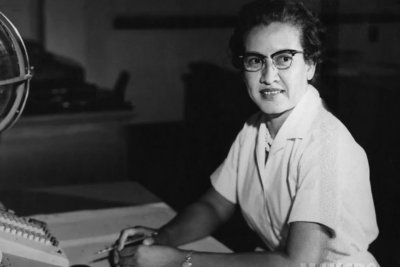