"She is a friend and a high-quality person whom I have great respect for. I am proud to have her support," Trump said of Palin Tuesday. 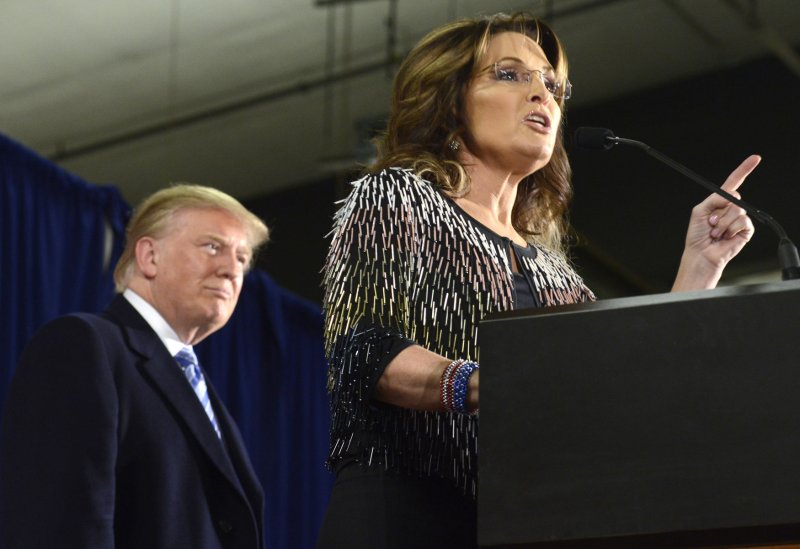 Trump announced the endorsement through a campaign statement.

"Palin praised Trump's leadership and unparalleled ability to speak the truth and produce real results," the Trump camp said. "Palin's endorsement is amongst the most sought after and influential amongst Republicans."

Palin planned to attend two campaign events in Iowa with Trump on Tuesday, where he was scheduled to make stops in Winterset, Altoona, and Ames. On Wednesday, Trump is scheduled to travel to an event in Tulsa, Okla.

Palin's support was widely anticipated in conservative circles. Trump had promoted the forthcoming announcement as a "big endorsement" with a "very special guest."

"I am greatly honored to receive Sarah's endorsement," Trump said. "She is a friend and a high-quality person whom I have great respect for. I am proud to have her support."

I love @SarahPalinUSA Without her support, I wouldn't be in the Senate. Regardless of what she does in 2016, I will always be a big fan.

Palin's nod is the most significant endorsement any GOP candidate has received so far, and it could potentially tip the scales in the real estate magnate's favor for the critical Iowa vote on Feb. 1.

"Over the years, Palin has actually cultivated a number of relationships in Iowa," Craig Robinson, former executive director of the Republican Party of Iowa, said. "There are the Tea Party activists who still think she's great and a breath of fresh air."

RELATED Sanders and Clinton heat up, O'Malley struggles to keep up at debate

Palin, 51, rose to international political prominence in mid-2008 when Republican presidential nominee John McCain selected her as his running mate. She resigned from the governorship in Alaska in July 2009, saying her decision to abruptly leave office early was motivated by a desire to spare the state a "lame duck" leader, as she did not run for re-election in 2010.

Rick Tyler, communications director for GOP candidate Sen. Ted Cruz, R-Texas, who is battling Trump for the lead in Iowa, told CNN earlier Tuesday that he would be "deeply disappointed" if Palin endorsed Trump.

"I think it would be a blow to Sarah Palin, because Sarah Palin has been a champion of the conservative cause, and if she was going to endorse Donald Trump, sadly she would be endorsing someone who's held progressive views all their life on the sanctity of life, on marriage, on partial-birth abortion, he supported [the Troubled Asset Relief Program] bailout -- it goes on and on and on," Tyler said.

Cruz rushed to correct the record ahead of Tuesday's announcement, tweeting, "Regardless of what [Palin] does in 2016, I will always be a big fan."

Palin endorsed Cruz in 2012 during his bid for the Senate. In an interview with CNN last month, Palin was asked if she would support Cruz or Trump for president.

"I'm not going to pick one right now, but what a nice problem to have if it came down to Cruz and Trump," she responded "That's a good problem for voters to have, because we know that, as you say, they are both strong and very decisive and someone who would take the initiative. That is what we need today, and both of those candidates would fit that bill."

According to the Federal Election Commission, Palin's political action committee, Sarah PAC, has been quietly raising money since the beginning of last year. The PAC had supported candidates in midterm congressional elections in 2012 and 2014.

Trump had previously hinted at appointing Palin to a Cabinet position in his administration, if elected.

"I think a lot about the Department of Energy, because energy is my baby ... And if I were head of that, I would get rid of it," Palin told CNN in September. "And I would let the states start having more control over the lands that are within their boundaries and the people who are affected by the developments within their space."

Palin also interviewed Trump on her show On Point on the conservative One America News Network in August. Palin praised Trump throughout the interview, at one point asking, "Where'd you get your guts for that kind of necessary confrontation?"

At the end of the interview, Trump returned the praise, calling Palin "terrific."