Less than 1,300 manatees existed in Florida waters in 1991, compared to a population of about 6,300 today, U.S. wildlife officials said.

The U.S. Fish and Wildlife Service on Thursday announced it will propose removing the West Indian Manatee from the federal Endangered Species Act as "endangered" and reclassify it as "threatened." The animal's population, half of which are located in the waters off Florida, has recovered substantially over the last 25 years, officials said. Photo by U.S. Fish and Wildlife Service/S. Whitcraft

MIAMI, Jan. 7 (UPI) -- Federal wildlife officials said Thursday they are proposing to remove the "endangered" tag from the West Indian Manatee and replace it with the less severe "threatened" marker, thanks to the animal's recovery in the last 25 years.

The West Indian Manatee has been on the endangered list for nearly 50 years but the U.S. Fish and Wildlife Service said Thursday that the current population of 13,000 worldwide -- nearly half of which are found in waters off Florida -- is sufficient to warrant a lower classification.

The animal -- which has been on the endangered species since it was introduced in 1967 -- is divided into two subspecies: Florida and Caribbean manatees, which are found in sea waters throughout the Americas.

"The manatee is one of the most charismatic and instantly recognizable species," Principal Deputy Assistant Secretary for Fish and Wildlife and Parks Michael Bean said. "It's hard to imagine the waters of Florida without them, but that was the reality we were facing before manatees were listed under the Endangered Species Act.

"While there is still more work to be done to fully recover manatee populations, their numbers are climbing and the threats to the species' survival are being reduced."

The removal of the "endangered" specification has been sought for years by developers and boaters, who have claimed restrictions tied to the animal have been too strict. Conservationists, on the other hand, have felt the opposite -- that the manatee should remain as protected as possible because their numbers remain relatively low, and have even declined at times.

"Between 2010 and 2013 the population went backwards and they're not even talking about that," Pat Rose, executive director of the Save the Manatee Club, said. "To suggest the threats are controlled is just not the way to approach it."

The Fish and Wildlife Service, though, said the manatee's protective reclassification will not put the animal at greater risk.

"The manatee protection measures currently in place would remain in force if the species is downlisted from endangered to threatened," the agency said. "The Service remains committed to conservation actions to fully recover manatee populations."

Wildlife officials said in 1991 the Florida Manatee population was under 1,300, which amounts to a 500 percent increase over the last quarter century.

The Fish and Wildlife Service, an agency within the U.S. Department of the Interior, has attempted to reclassify the manatee before, but the efforts were unsuccessful. The Florida Fish & Wildlife Conservation Commission doesn't even include the animal on its list of state imperiled species.

In addition to its status on the Endangered Species Act, the manatee also remains protected under the federal Marine Mammal Protection Act.

Federal officials said the proposal will be published in the Federal Register Friday, which will begin a 90-day public comment period during which people can submit scientific information to help the agency make its final decision.

RELATED Manatee protections may be reduced 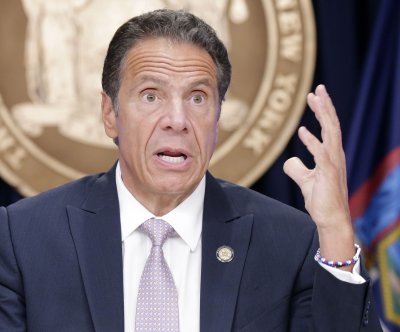