Congressional leaders say they hope to have the text of the omnibus bill ready by Monday. Photo by Kevin Dietsch/UPI | License Photo

Obama's signing the measure on Friday afternoon followed its passage by the Senate and House and funds the operations of the federal government until Wednesday while Congress works to reach agreement on a $1.1 trillion omnibus spending bill.

Obama signed the bill just hours before a government shutdown would have started. Unable to agree on the longer term spending bill, lawmakers instead chose to buy more time with the five-day extension.

Congress now has until Dec. 16 to complete government funding that will last until the end of fiscal 2016.

Lawmakers continue to negotiate terms of the omnibus bill and political "riders" that have been tacked onto it -- like a crude oil export ban and the funding of the Syrian refugee program. But House members say they hope to have the full text of the bill posted by Monday, or Tuesday at the latest.

"At this point, it is unfortunately necessary for us to have a little more time to complete our negotiations," House Appropriations Committee Chairman Hal Rogers, R-Ky., said -- adding that there remain "many moving pieces."

Another possible delay for the omnibus bill might be a self-imposed policy by House Republicans that legislation be made publicly available for three days before voting on it.

If the bill is unveiled Monday, that would mean no vote until Wednesday -- which means the Senate and White House may not get to it until Thursday or later. This scenario would require another short-term spending bill.

Dragging out the omnibus negotiations will cost lawmakers part of their holiday recess. Congress was supposed to begin the recess Friday but work on the spending bill will instead keep them on Capitol Hill for nearly another week. 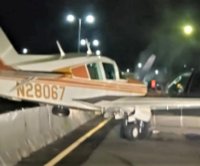