Kasich may not support GOP candidate

Kasich dismissed the idea that Donald Trump would be the party's choice.

Ohio Governor and Republican Candidate for President of the United States John Kasich speaks at the Council on Foreign Relations in New York City on December 9, 2015. Photo by Dennis Van Tine/UPI | License Photo

NEW YORK, Dec. 10 (UPI) -- Republican presidential candidate and Ohio Gov. John Kasich may be changing his mind about supporting the eventual GOP candidate, whoever it may be.

Speaking at the Council on Foreign Relations in New York Wednesday, Kasich said despite signing a pledge to support the party candidate, it's possible he might withdraw that support.

Asked by an audience member about the pledge, Kasich acknowledged: "I signed the pledge -- it's why you have to be careful with pledges you sign -- that I would support the Republican nominee.

"Is it possible to change your mind?" he asked himself rhetorically. "Yeah. It takes something extreme to do it."

Republican National Committee Chairman Reince Priebus asked all the candidates to sign the pledge, which The Hill reported was aimed directly at Donald Trump. In recent days, Trump has been publicly musing a third party run amid global backlash at his plan to ban all Muslims from entering the U.S.

Kasich, however, dismissed the idea that Trump was the party's inevitable candidate: "I will tell you sir, there's no way that Donald Trump is going to be president. I've been saying that for weeks. I don't even take it seriously because he isn't going to win. It's not going to happen."

Kasich is the only GOP candidate considering breaking the pledge. Sens. Ted Cruz and Rand Paul have said they would still support the party's choice, however Paul told Yahoo news he would not be "enthusiastic" about it. Despite condemnation from many GOP politicians, Paul stopped short of outright condemning Trump's plan. 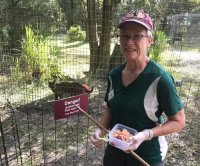 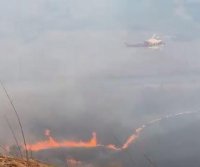