The five-term Arizona senator may be targeted by the Tea Party as he seeks reelection next year. 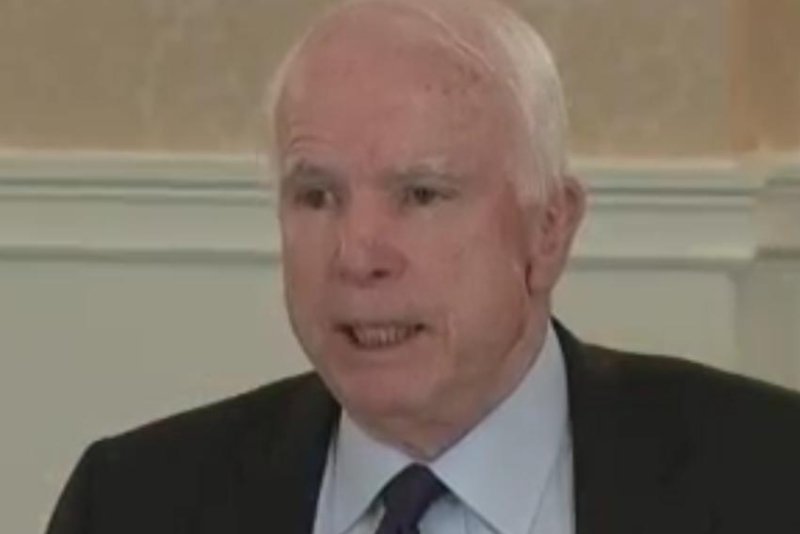 At a breakfast hosted by the Christian Science Monitor on Wednesday, the Arizona Republican said that if a weak candidate is chosen as the GOP nominee, Republicans defending House and Senate seats next year could suffer.

"Obviously, we all know from history that if you have a weak top of the ticket, that has a significant effect on the states, particularly the swing states," McCain said. "I hate to refer to Barry Goldwater, who I loved and admired, but the fact is when Barry Goldwater lost, [Republicans] lost big-time."

RELATED It's Johnson by more than 14 million votes

McCain pointed to an incumbent colleague whose reelection bid may be negatively impacted by a weak nominee: New Hampshire Sen. Kelly Ayotte, who's running for reelection against Gov. Maggie Hassan.

"By the way, I'm confident that Kelly will win, don't get me wrong, but I think it's a bigger lift," he said.

BallotPedia reports 24 Republican-held and 10 Democratic-held Senate seats are up for reelection in 2016. In the House, all 435 seats will be up for election. The GOP holds a majority in both houses.

The Monitor reports McCain has promised his support to whoever garners the party's presidential nomination.

Yahoo Politics reported the five-term Senator also called for civility among GOP candidates, saying that candidates who encourage hateful behavior among supporters are "complicit." He pointed to an incident at a Birmingham, Ala. rally for front-runner Donald Trump, where 31-year-old Black Lives Matter protester Mercutio Southall was beaten by several Trump supporters. CNN reported Southall and others had been shouting "Dump the Trump" and "Black Lives Matter."

RELATED Trump: Black protester 'should have been roughed up'

Trump's campaign issued a statement saying it "does not condone" the incident, but the following day, Trump told Fox News: "Maybe he should have been roughed up because it was absolutely disgusting what he was doing."

McCain's approach has drawn ire from his own party in the past. During the 2008 presidential campaign, the Senator defended his opponent, now-President Barack Obama, from accusations that Obama was a "terrorist."

At the time, McCain said: "He's a decent family man [and] citizen that I just happen to have disagreements with on fundamental issues, and that's what this campaign's all about. He's not [an Arab]."

U.S. News // 2 hours ago
2 dead, 3 injured in shooting at Houston flea market
May 15 (UPI) -- Authorities in Texas said at least two people were killed and three others were injured Sunday during a shooting that erupted at a busy Houston flea market. 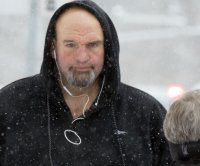 U.S. News // 9 hours ago
Buffalo mass shooting suspect on suicide watch, had prior contact with police
May 15 (UPI) -- The man arrested in the homicide of 10 people at a supermarket in Buffalo, New York, on Saturday has been placed on suicide watch.

U.S. News // 11 hours ago
Atmosphere primed for potent storms across Northeast, mid-Atlantic
The atmosphere is primed to set off a threat for feisty storms early this week across portions of the mid-Atlantic and Northeast.