Another recall for GM cars with fire risks

Previous attempts to fix the problem, in 2009 and 2011, were unsuccessful.

A 2000 Chevrolet Monte Carlo, one of 1.4 million cars involved in a recall to fix a stubborn defect in which the engine can catch fire. Photo by IFCAR/Wikimedia

The recall will be the third attempt to correct a problem in which motor oil leaks onto hot exhaust manifolds during what GM terms "hard braking." The problem can cause fires to break out after the engine ignition is shut off.

Previous recalls in 2009 and 2011 failed to correct the problem. A 2009 recall letter to car owners advised them not to "park your vehicle in a garage, car port of other structure."

The defect is not responsible for any deaths or injuries, but GM said customers reported 19 "minor injuries" since the 2011 recall. 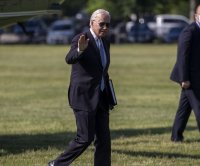 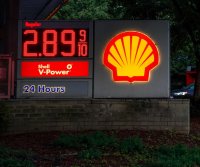 U.S. News // 8 hours ago
U.S. sanctions company, three people tied to IS funds
May 18 (UPI) -- The Biden administration imposed sanctions to cut off international donations to the Islamic State.

U.S. News // 10 hours ago
New York, California set dates to implement new CDC mask guidelines
May 17 (UPI) -- New York will adjust its mask guidelines for fully vaccinated people to match those released by the CDC last week on May 19 and California will follow suit on June 15, when it plans to lift other restrictions.