Colleges may have to return billions in federal Perkins Loan money

Sen. Lamar Alexander, R-Ala., attends a Senate Health, Education, Labor and Pensions Committee hearing on March 12, 2014 in Washington, D.C. Today, some 1,700 colleges and universities that offer the federal Perkins loans may have to return billions if lawmakers do not move to renew the nearly 60-year-old financial aid program. Alexander was the driving force behind the program folding. File photo by Kevin Dietsch | License Photo

WASHINGTON, Oct. 16 (UPI) -- Some 1,700 colleges and universities that offer federal Perkins Loans may have to return billions if lawmakers do not move to renew the nearly 60-year-old financial aid program.

Congress has less than two months to find a way to renew the low-interest loan program that has been used by millions of students in need since 1958. If the program is not renewed, possibly when lawmakers set a new federal budget on Dec. 11, colleges may have to return a portion of the funding.

On Sept. 30, Congress let the program expire after Sen. Lamar Alexander, R-Tenn., chairman of the Senate Health, Education, Labor and Pensions Committee, objected to a one-year extension. While the House approved the extension, Alexander blocked the Senate vote. The move has raised the ire of some House Democrats, who argue the loan program is vital to help the neediest students reach their educational goals.

"There is no excuse for the Senate to let Perkins Loans expire and turn their back on the thousands of students all across the country who rely on them to make college accessible," Wisconsin Rep. Mark Pocan, a Democrat, said earlier this week. "By denying access to these low-interest loans, students and families are left with very few options to cover college expenses. With skyrocketing college tuition costs, Congress should be doing everything it can to ensure students can attend college without being weighed down with mountains of debt."

College costs and student loans have become a bipartisan talking point in the bid for the 2016 election. One in seven student loan borrowers default on their education loans within three years of beginning repayments. About $103 billion of the more than $1 trillion in outstanding student loan debt is in default.

The Perkins Loan averages about $2,000 per student with a fixed 5 percent interest rate. Students who initially received a Perkins Loan in the 2014-2015 school year or prior have been grandfathered into the program if they stay in the same college and do not change majors.

New students, however, do not have access to the program at all, leaving many in a lurch. Schools that include Auburn University at Montgomery have seen up to 200 students dropped from the program. Anthony Richey, senior director of financial aid at Auburn, said the school is holding out hope it will be reinstated.

"There's still a possibility that Congress could bring it back during the re-authorization of federal aid or they could try to bring it back when they create the new budget," Richey said. "However things are kind of grim as far as whether that will happen or not."

In failing to renew the Perkins Loan program, the Advisory Committee on Student Financial Assistance was terminated. The seven-person independent committee had advised the Education Department and Congress on student financial aid matters since 1986.

A different higher education panel, the National Advisory Committee on Institutional Quality and Integrity, was renewed instead. The committee advises the U.S. secretary of education on accreditation issues. 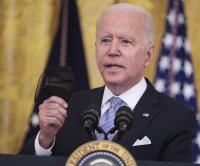 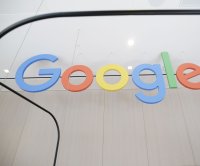 U.S. News // 5 hours ago
Uber offers free digital language courses for drivers worldwide
July 29 (UPI) -- Ride-share company Uber announced on Thursday that its drivers will soon be able to learn a new language at no cost, as part of an employee improvement initiative.