IRVING, Texas, Sept. 23 (UPI) -- The parents of Ahmed Mohamed have hired lawyers and plan to sue over how he was treated for bringing his homemade clock to a Texas school.

Mohamed, the 14-year-old who was handcuffed and taken to an Irving police station after a teacher mistook his clock for a bomb, has become a celebrity both ridiculed and regaled for his inventions. His family said in a statement Wednesday they will "pursue Ahmed's legal rights and regain his science project from the Irving Police Department."

Charges were not filed, but after MacArthur High School in Irving suspended the young inventor for three days, Mohamed's parents withdrew all three of their children from the Irving School District, citing religious persecution. Now the parents have hired two high-powered Dallas attorneys, Thomas Bowers and Reggie London, to represent them.

Mohamed's case became a lightening rod on social media last week with some accusing him of being a terrorist, while others rallied to defend him, including President Barack Obama. Mohamed, who was the toast of the Google Science Fair earlier this week, has been offered internships at tech companies, will visit the White House and also will attend a United Nations summit this weekend.

Though Irving police told CNN the teen's clock is available for him to pick up, the family's lawyers say they will sue because the teen has been "severely traumatized" and no one should be treated the way he was.

Bowers has worked on high-profile cases before, like a sexual assault case against Dallas Cowboys owner Jerry Jones as well as a dispute between billionaire T. Boone Pickens and his son. 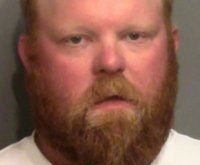 U.S. News // 2 hours ago
Opponents to COVID-19 vaccine mandates call for 'walkouts' in California, N.J.
Oct. 18 (UPI) -- Activist groups on both U.S. coasts are staging "walkouts" on Monday to oppose state government COVID-19 requirements that mandate vaccination and other health measures intended to prevent transmission of the virus.

U.S. News // 10 hours ago
Police: 3 dead, officer stabbed in Arkansas
Oct. 17 (UPI) -- Three people are dead and an officer was stabbed while responding to a domestic violence situation at a residence in Fort Smith, Ark., early Sunday.

U.S. News // 17 hours ago
Shifting pattern to dump mountain snow, raise flood threat across the West this week
A flurry of storms are expected to march into the West Coast this week, bringing along a changeable mixture of rain, wind and snow for many places.