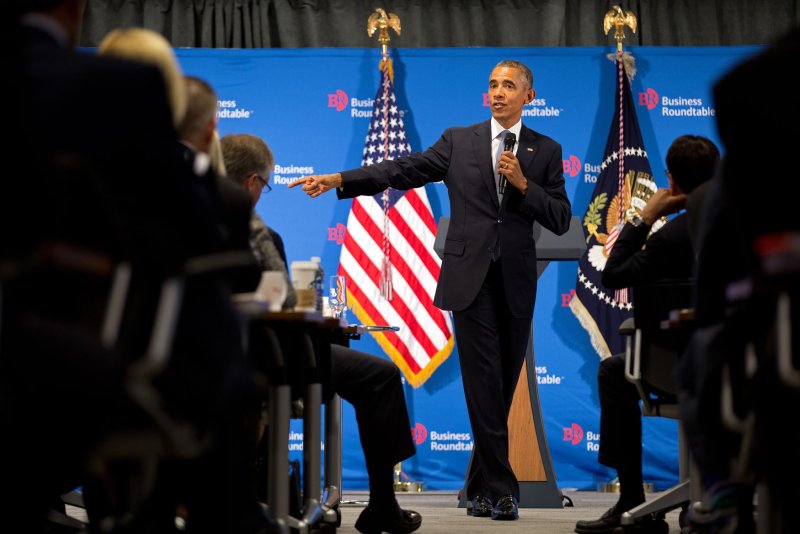 U. S. President Barack Obama speaks during the quarterly meeting of the Business Roundtable in Washington, Wednesday, September 16, 2015. Obama noted that the overly pessimistic views of the United States and its economy held by the GOP presidential candidates were harmful and not "particularly patriotic". “There’s nothing particularly patriotic or American about talking down America—especially when we stand as one of the few sources of economic strength in the world,” Obama said. Pool Photo by Martin Simon/UPI | License Photo

But if you ask President Barack Obama, it's redundant. And unnecessary.

"America is winning right now," the commander-in-chief said at a business luncheon in Washington. "America is great right now."

Obama's remarks came a few hours before the next Republican debate was set to be held at the Ronald Reagan Presidential Library in Simi Valley, Calif.

He reiterated his sentiments on Twitter Wednesday afternoon, where he addressed 14-year-old Ahmed Mohamed -- a Muslim student who was arrested for showing off a homemade clock at his Texas high school, apparently due to its resemblance to an explosive device.

"Cool clock, Ahmed. Want to bring it to the White House? We should inspire more kids like you to like science," Obama tweeted. "It's what makes America great."

"Having the skill and ambition to build something cool should lead to applause, not arrest. The future belongs to people like Ahmed," he said via Facebook. "Ahmed, if you ever want to come by Facebook, I'd love to meet you. Keep building."

Police ultimately declined to press charges against Mohamed, who himself took the high road online.

"Thank you fellow supporters. We can ban[d] together to stop this racial inequality and prevent this from happening again," he said via Twitter.

Trump, while preparing for Wednesday's debate, applauded a newly-received endorsement from NFL quarterback Tom Brady -- once again touching on the "winning" theme.

"A great honor from somebody that knows how to win!" Trump's tweet said.

"I hope Arnold S. does well with the Apprentice because he is a nice guy," Trump's tweet said.

"Also, because I get a big percentage of the profits!" 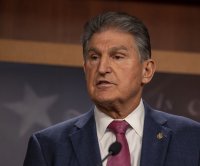 U.S. News // 3 hours ago
Congress returns to full plate of high-profile issues
Nov. 29 (UPI) -- From the debt ceiling to President Joe Biden's $1.7 trillion "Build Back Better" budget, Congress is set to spend the final month of 2021 on the high wire as members deal with numerous pressure-packed issues. 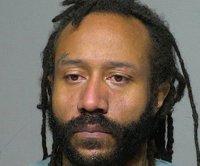 U.S. News // 10 hours ago
Another Wisconsin parade victim discharged from hospital
Nov. 29 (UPI) -- Health officials in Wisconsin said another child injured last week when a man drove his vehicle into a parade in Waukesha has been discharged from the hospital, officials said.
Advertisement