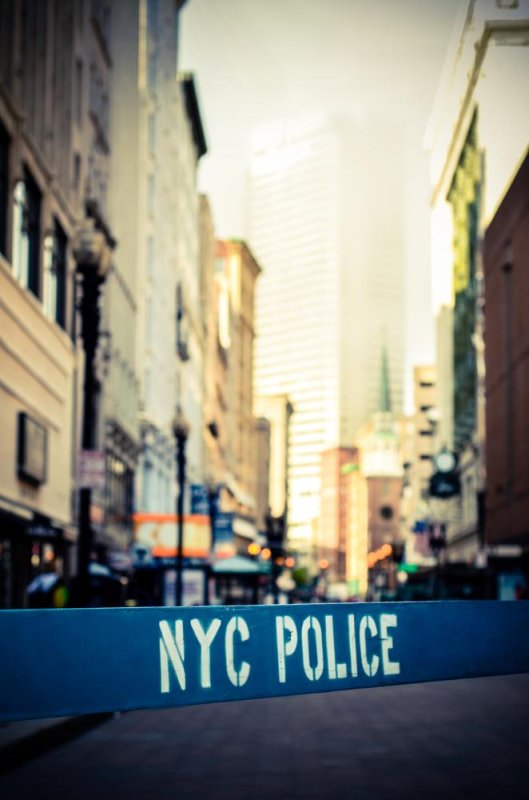 The New York City Police Department and several other agencies participated in a planning exercise Monday to provide heightened security for Pope Francis's visit next week, plus the U.N. General Assembly. Photo by Mr Doomits/Shutterstock

NEW YORK, Sept. 14 (UPI) -- Security officials in New York City met for hours Monday in an effort to provide a level of unprecedented protection for Pope Francis's 38-hour visit and the United Nations General Assembly, both slated for next week.

The New York City Police Department and other security officials and administrators held a tabletop exercise Monday in Manhattan to work through security procedures and worst-case scenarios that could arise during the pontiff's visit on Sept. 24.

"Have people ready for every occasion," New York City Mayor Bill de Blasio, who sat in on the exercise, said. "[The NYPD] is doing a lot."

Federal agencies, like the U.S. Secret Service, are involved in the security preparations, and the effort is being prepared by the Department of Homeland Security. The Secret Service will be the lead agency for security.

Authorities cycled through various scenarios Monday to develop necessary responses and envisioned different circumstances that called for a number of potential actions.

"We have an explosion ... It's an [improved explosive device] explosion from a backpack. So we've got to get everyone involved. There's no report of casualties yet," NYPD Lt. John Mahon said in running through a hypothetical scenario during the exercise, The New York Times reported Monday.

Pope Francis arrives Sept. 22 in Washington, D.C., before traveling to New York, and Philadelphia on Sept. 26. He will return to Rome on the evening of Sept. 28.

Adding to the city's security responsibility, the UN General Assembly -- including nearly 200 foreign dignitaries -- will also be held next week to coincide with the pope's visit.

More than 80,000 tickets to see the pope in New York have been issued via random lottery selection. Monday, the NYPD said every ticketholder must be accompanied by valid photo identification. Anyone not possessing such ID will be turned away as part of the heightened security effort.

Many of the tickets have appeared online for sale -- a practice state lawmakers are trying to suppress, and one Catholic officials have criticized.

U.S. News // 7 hours ago
Arizona Senate, Maricopa County end standoff over 2020 election review
Sept. 18 (UPI) -- The Arizona Senate has struck a deal with the board of the state's most populous county after months of jousting over a controversial review of the 2020 election results.

U.S. News // 13 hours ago
California synagogue shooter pleads guilty to federal charges
Sept. 18 (UPI) -- A California man has pleaded guilty in federal court for his deadly attack on a synagogue and attempt to set a mosque on fire.

U.S. News // 17 hours ago
'Justice for J6' rally organizer supports peaceful Jan. 6 participants
Sept. 18 (UPI) -- Matt Braynard, an organizer for the "Justice for J6" rally near the U.S. Capitol drew a distinction Saturday between the Jan. 6 riot participants involved violence and those who peacefully participated.