Rep. Diane Black, R-Tenn, speaks on the opening oral arguments of the Supreme Court case on the birth control mandate to the Affordable Care Act, in Washington, D.C. on March 25, 2014. Wednesday, Planned Parenthood was awarded more than $1 million in grants to promote Obamacare at a time when the women's healthcare provider is under close scrutiny. Black called it "unconscionable." Photo Kevin Dietsch/UPI | License Photo

The Obama administration announced nearly $70 million in federal grants to groups promoting the healthcare law. Those grants will go to 100 groups in 34 states, including three Planned Parenthood affiliates in Iowa, Missouri and Montana. They will receive about $1 million in all.

Republican lawmakers blasted the funding, some saying it's "unconscionable" in light of nine undercover videos released by anti-abortion activist group Center for Medical Progress purporting to expose the organization's selling of aborted fetuses. Some GOP leaders have called for the organization to be completely defunded.

"A growing body of evidence suggests that Planned Parenthood broke federal law and now the Obama administration is thumbing its nose at Congress and taxpayers by using this backdoor maneuver to boost funding for the scandal-ridden abortion giant," Rep. Diane Black, R-Tenn., wrote in a statement Wednesday.

The first hearing on the matter is scheduled for Sept. 9. Planned Parenthood has indicated it intends to fully cooperate with the investigations. 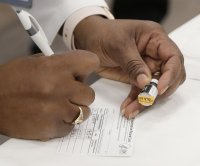 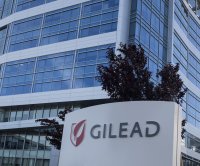 U.S. News // 6 hours ago
Next storm to drop rapidly accumulating snow close to Seattle
A potent storm is set to approach the rain-weary Northwest early next week, dumping rain and snow on the region.