NEW ORLEANS, Aug. 29 (UPI) -- Ten years ago today, Hurricane Katrina made landfall in New Orleans, and though the storm later damaged a large swath of the Gulf Coast, the devastation in the Big Easy would be unprecedented and long-lasting.

After passing through the southern tip of Florida, Katrina spent days in the Gulf of Mexico, gaining strength with New Orleans in its crosshairs. Then-New Orleans Mayor Ray Nagin ordered the evacuation of an estimated 1 million people, some 30,000 of whom took refuge in the Superdome, the home of the New Orleans Saints football team.

A now-Category 3 Hurricane Katrina made landfall in New Orleans on Aug. 29, 2005, and by the next day the levees keeping Lake Pontchartrain at bay broke, inundating the city with flood waters. About 80 percent of the city was flooded, some areas under 10 feet of water, forcing residents who didn't evacuate to escape to their roofs. Entire neighborhoods became impassable, and rescue efforts had to be conducted by air or boat.

After passing through New Orleans, Katrina turned north and northeast, causing destruction all along the Gulf Coast, in places like Gulfport and Biloxi, Miss., Mobile, Ala., and Pensacola, Fla., before losing steam over land.

In each of the states, hundreds were killed. The National Oceanic and Atmospheric Administration confirmed a total of 1,833 people died, 986 in Louisiana. The Data Center in southeast Louisiana said the majority of the deaths in the state -- 40 percent -- were caused by drowning. Another 25 percent died from injury and trauma, and 11 percent died from heart conditions. Most of the dead were over the age of 74.

Meanwhile, water lingered in New Orleans for days until the Army Corps of Engineers could repair the levees and pump out the now-toxic, sewage-filled water. Houses and buildings were destroyed either by falling trees and other hard impacts, or by the water that had sat around too long, soaking into sheet rock and beams, creating mold that could never be cleaned.

Seventy percent of all occupied housing units in the city sustained damage from Katrina.

In all, Hurricane Katrina caused $151 billion in damage in nine states, NOAA estimates, the costliest disaster in U.S. history.

Five years after the storm, President Barack Obama said that though Katrina was a natural disaster, it was "also a man-made catastrophe -- a shameful breakdown in government that left countless men, and women and children abandoned and alone."

People were left stranded in their homes for days as they waited for rescuers, while others gathered at shelters, often going without food, fresh water and other necessities.

In the decade since the storm, southeast Louisiana has worked to rebuild and reform problems that plagued the region even before 2005. The Data Center said New Orleans had 5 percent job growth from 2008 to 2014, compared to a 1 percent increase nationwide. Jail incarceration rates in the city have fallen from nearly five times the national rate in 2004 to about three times the national rate in 2013.

Meanwhile, the number of homeless people living in New Orleans is down to below the pre-Katrina number of 2,051. That number skyrocketed up to 11,619 in 2007 after the storm, but it's since been reduced by 85 percent to 1,703.

Despite these successes, poverty rates in the city remain high at 27 percent, while surrounding parishes are at 16 percent.

"New Orleans has a unique opportunity this August to both celebrate hard-earned successes and continue to confront systemic challenges," a report published July 31 by the Data Center says. "There is great momentum behind reforming public education, land use, housing, and criminal justice systems. These efforts should be built upon to address unfinished business." 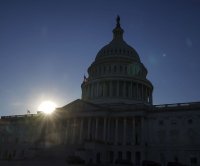 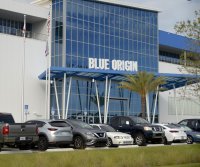 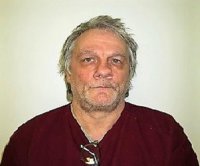