A Colorado jury decided Monday to move the sentencing of James Holmes into the third phase in which they must determine whether he will receive the death penalty for killing 12 people at a movie theater in 2012. Photo courtesy of Arapahoe County Sheriff's office

CENTENNIAL, Colo., Aug. 3 (UPI) -- The sentencing of James Holmes will move on to a third phase in which a Colorado jury must decide if he should receive the death penalty for a shooting at an Aurora movie theater in 2012.

The jury reached a verdict Monday on the second phase of the sentencing process, which was to determine whether a death sentence should be considered.

The verdict was read at 1:30 p.m. Monday at the Arapahoe County, Colo., courthouse, The Denver Post reported. Holmes faced 165 charges for killing 12 people and injuring dozens of others.

Holmes was convicted on all counts, including two counts of first-degree murder for each of the 12 people he killed.

Had the jury not decided to move to phase three of the sentencing, Holmes would have automatically been sentenced to life in prison with no chance of parole.

Holmes' trial started April 27, three years after the July 2012 shooting during a midnight showing of The Dark Knight Rises at the Century Aurora 16 Multiplex Theater.

Prosecutors are seeking the death penalty, making the trial legally complicated. Holmes pleaded not guilty to 165 charges by reason of insanity. His motives for the shooting remain unknown. Friends and classmates previously described him as increasingly detached.

U.S. News // 3 hours ago
Michigan fight over masks results in stabbing, shooting death
July 14 (UPI) -- An argument over wearing face masks at a convenience store in Michigan led to a 77-year-old man being stabbed and his suspected attacker being shot to death by police Tuesday, state police said. 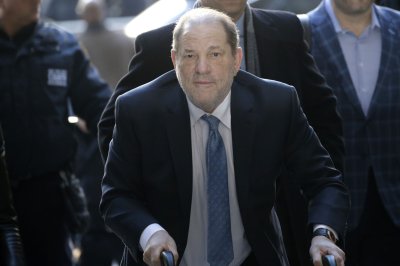