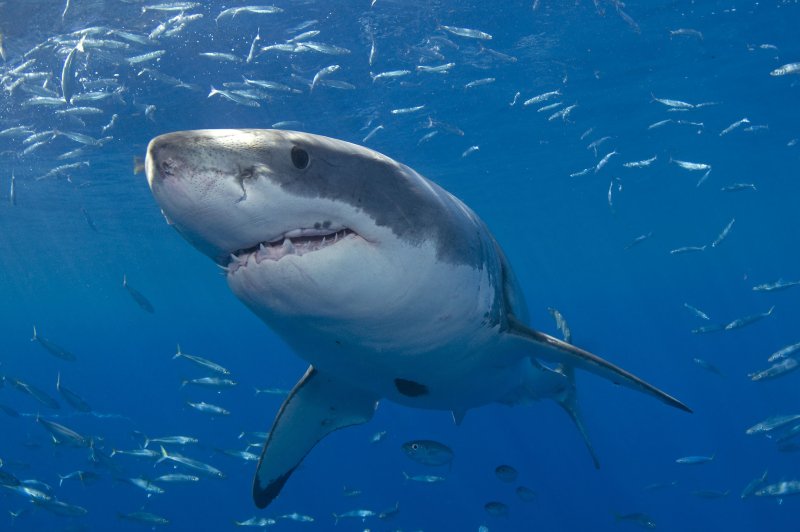 A great white shark is observed Sept. 15, 2008, during behavioral research studies being conducted on the species off of Isla Guadalupe, Mexico. Huntington Beach, Calif., officials on Friday closed a two-mile section of the beach after a surfer described getting bumped by a great white shark. File photo by Joe Marino/UPI | License Photo

HUNTINGTON BEACH, Calif., July 10 (UPI) -- Emergency officials closed down a section of Huntington Beach on Friday after an "aggressive" great white shark bumped a surfer sitting on a surf board.

Huntington Beach Watch Commander Lt. Claude Panis told KTLA-TV in Los Angeles the closure was centered at Beach Boulevard and extended one mile along the coast in each direction.

He said the closure was ordered after a surfer told lifeguards about an incident with a great white shark around 8:45 a.m. local time.

The surfer described the shark as black in color and 7 feet long, and it swam south after bumping him. He was about 30 yards from shore when he encountered the shark.

"The 'bump' meets the criteria for aggressive behavior, and with that our protocols call for a precautionary closure of the water for one mile in both directions," an alert from the city said.

Officials said the closure is scheduled to last through 8 a.m. Saturday unless there are additional sightings.

"The ocean is like a big wilderness," Panis told the Los Angeles Times. "There are many sharks out there." 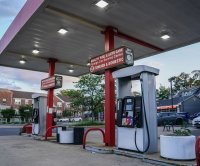