Prosecutors said the men are accused of using a Nevada corporation to scheme money by telling thousands of overseas investors their investments would be safely held and managed by an independent, third-party escrow agent.

"This prosecution shows that the Criminal Division will pursue not only those who victimize American citizens, but also those who use the U.S. as a home base to defraud victims abroad," Assistant U.S. Attorney General Leslie Caldwell said.

The indictment alleges from at least 2009 to 2013, MRI used money from new investors to pay back earlier investors. They promised investors a series of interest payments that would accrue over the life of the investment, the indictment alleges. Instead, the men are alleged to have used investor funds to pay themselves sales commissions, subsidize gambling habits and travel by private jet.

The largest Ponzi-style fraud in U.S. history involved New York financier Bernard Madoff, who was sentenced to 150 years in prison in a scheme that bilked investors of an estimated $20 billion.

U.S. News // 7 hours ago
Developing weather pattern could ignite severe weather in U.S.
March 7 (UPI) -- AccuWeather forecasters warn that residents of Central and Southern states should keep a close eye on the weather forecast in the coming days as potentially tumultuous changes can be on the way.

U.S. News // 23 hours ago
Arizona secures supplier for death penalty drug
March 6 (UPI) -- Arizona announced this week it's found a supplier of pentobarbital, a sedative used in lethal injections, and is prepared to resume executions after a nearly seven-year hiatus.

U.S. News // 19 hours ago
Judge rules recent ERA ratifications came too late to count
March 6 (UPI) -- A federal district judge ruled Friday that the deadline to ratify the Equal Rights Amendment "expired long ago" and that that three states' recent ratifications of the amendment do not count. 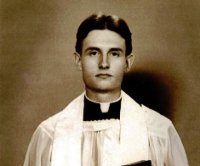