WASHINGTON, July 9 (UPI) -- A second federal workers union has sued the government over the hack of employee data late last year, considered one of the most severe and widespread data hacks in the government's history.

The complaint by the U.S. Treasury Employee Union, which represents 85,000 federal employees, against the Office of Personnel Management and Director Katherine Archuleta comes weeks after she told Congress that personal information, including Social Security numbers, birthdates and addresses, of millions of people were affected by the breach. The union said the agency violated members' constitutional rights by failing to protect their private information.

"It was a reckless failure to keep the information OPM was given confidentially by thousands of employees," NTEU President Colleen Kelley said Wednesday.

The OPM announced in June that personnel files of 4.2 million current and former federal workers had been hacked in late 2014. That's in addition to another hack that gained access to the data of millions of employees and contractors seeking security clearances.

The employees want the court to require the government to pay for credit monitoring and identity theft protection for life, order the agency to improve cybersecurity and stop the electronic collection of personal information from federal employees until it can be confirmed the data is safe from future hacks.

The agency said it since has taken additional steps, including firewalls and updated cybersecurity, to shore up the network. 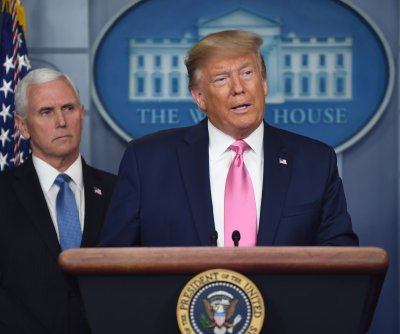 U.S. News // 4 hours ago
House passes anti-lynching bill named for Emmett Till
Feb. 26 (UPI) -- The House on Wednesday overwhelmingly approved a bill that would making lynching a federal hate crime more than a century after such legislation was first proposed.