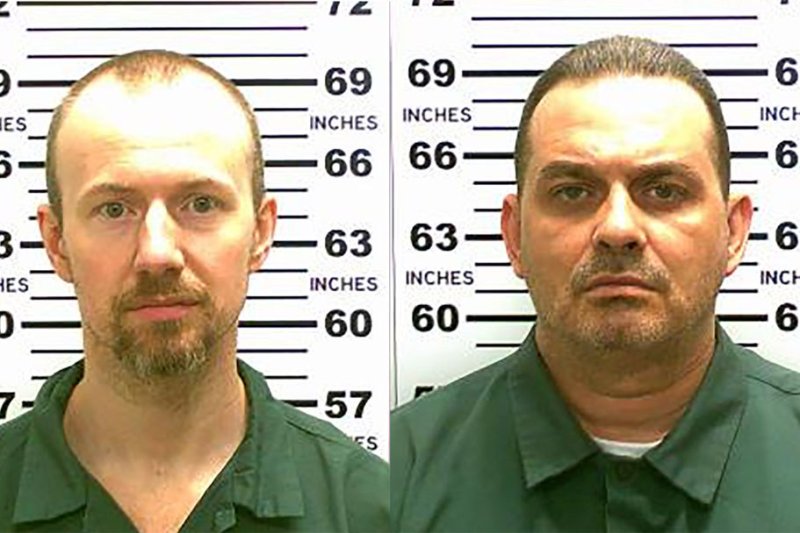 OWLS HEAD, N.Y., June 22 (UPI) -- The DNA from at least one of two convicted murderers who escaped more than two weeks ago from a New York prison was found inside a cabin in Owls Head, law enforcement officials said.

Police flooded the small, rural town of Owls Head, located about 25 miles west of the Clinton Correctional Facility in Dannemora, N.Y., from where Richard Matt and David Sweat escaped June 6. Police were tipped off to the location after someone reported seeing a man running into the woods there Saturday.

Franklin County, where Owls Head is located, has a population of about 50,000.

Anonymous sources told NBC News DNA from one of the men was discovered inside the cabin. Law enforcement officials told CNN they found DNA from both men inside the residence.

At a news conference Monday, Maj. Charles Guess of the New York State Police would not confirm whether any DNA found at the scene matched the men. He said "specific items" had been removed from the cabin and sent to investigators.

"It's a confirmed lead for us," he said. "It has generated a massive law enforcement response, as you can see, and we're going to run this to ground."

Matt and Sweat were added to the U.S. Marshals Service's "15 Most Wanted" fugitives list on Thursday.

"The agency's 15 Most Wanted fugitive list is reserved for the worst of the worst," said U.S. Marshals Service Director Stacia Hylton. "There is no question David Sweat and Richard Matt fall into this category. While their brazen prison escape has left the public on edge, it has only ignited our sheer determination to bring them back to justice. Together with our law enforcement partners, the Marshals will work tirelessly to ensure the threat they pose and their run from the law is short lived."

U.S. News // 9 hours ago
Gunfire damaged North Carolina power station, outage ongoing
Dec. 4 (UPI) -- Nearly 40,000 customers were still without power in North Carolina on Sunday night, after an apparent incident of vandalism involving the use of a firearm cut power a night prior in Moore County.

U.S. News // 1 day ago
White House condemns Trump's call for 'termination' of U.S. Constitution
Dec. 3 (UPI) -- Former President Donald Trump on Saturday called for the "termination" of U.S. rules and regulations, "even those found in the Constitution," drawing condemnation from the White House later Saturday.

U.S. News // 1 day ago
Tampa police chief placed on leave after golf cart traffic stop
Dec. 3 (UPI) -- The police chief of Tampa, Fla., has been placed on administrative leave after flashing her badge at a deputy who had stopped her while she and her husband were riding golf cart.
Advertisement