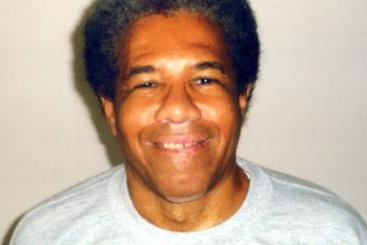 Albert Woodfox, a member of the so-called "Angola 3," was ordered to be released from prison after 43 years in solitary confinement. Photo courtesy Amnesty International

BATON ROUGE, La., June 8 (UPI) -- A federal judge in Louisiana on Monday ordered the release of Albert Woodfox, a member of the so-called "Angola 3" who spent 43 years in solitary confinement for the death of a prison guard.

With the order from U.S. District Judge James Brady, Woodfox, 86, becomes the last of the three men convicted in the murder of prison guard Brent Miller to be released from prison.

Woodfox was serving a 50-year sentence for armed robbery in 1972 when he was involved in a riot at Angola State Prison that resulted in Miller's death. He, Robert King and Herman Wallace were each convicted. King spent 29 years in solitary confinement before his conviction was overturned and he was released.

Wallace was released in 2013 after 41 years confinement. He died two days later.

Woodfox's initial conviction was overturned, but he was found guilty again in 1998. He maintained his innocence over the years, saying he was targeted because he helped organized the prison's Black Panther Party.

Brady's order prevents Woodfox from being tried a third time on murder charges.

"Mr. Woodfox's age and poor health, his limited ability to present a defense at a third trial in light of the unavailability of witnesses, this court's lack of confidence in the state to provide a fair third trial, the prejudice done onto Mr. Woodfox by spending over 40 years in solitary confinement, and finally the very fact that Mr. Woodfox has already been tried twice and would otherwise face his third trial for a crime that occurred over 40 years ago," Brady wrote in his ruling.

RELATED Pistorius could be released to house arrest

Amnesty International, which called for Woodfox's release in 2013, praised the ruling.

"After four decades in solitary confinement, Judge Brady's decision to grant Albert Woodfox's unconditional release marks a momentous step toward justice," Amnesty International USA senior campaigner Jasmine Heiss said in a statement. "Woodfox has spent 43 years trapped in a legal process riddled with flaws. The only humane action that the Louisiana authorities can take now is to ensure his immediate release."

U.S. News // 9 hours ago
DOJ pushes through expanded federal execution methods
Nov. 28 (UPI) -- The U.S. Department of Justice opened the door this week to alternative methods of executing prisoners, including death by firing squad, to go into effect before President-elect Joe Biden is sworn into office.