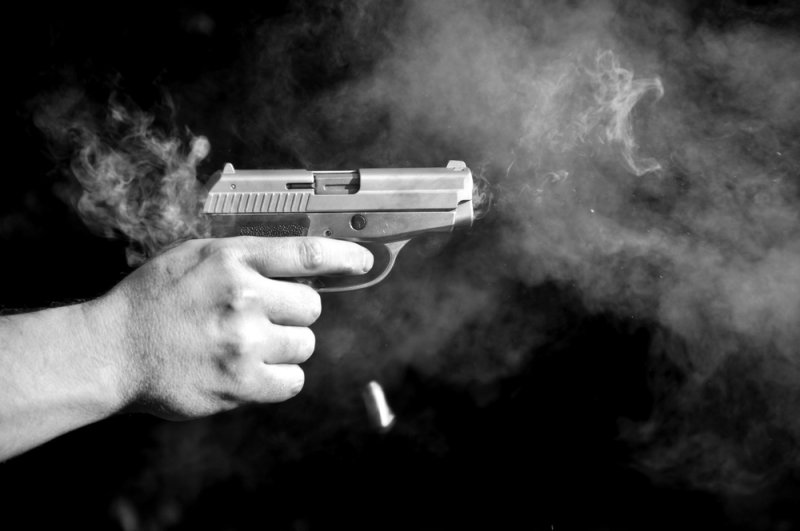 AUSTIN, Texas, May 30 (UPI) -- The state of Texas is poised to allow licensed residents to openly carry handguns after lawmakers gave final legislative approval for the measure late Friday.

Gov. Greg Abbott promised to sign the bill into law quickly: "Open Carry just passed in both the Texas House & Senate. Next destination: My Pen," he said on Twitter. The measure will allow licensed Texans to openly carry in a shoulder holster or belt. Although Texas has long allowed open carry of rifles and shotguns, it is currently one of six states that does not allow open carry of handguns.

"We think Texas as being a gun happy state," said Republican House sponsor Larry Phillips, "but we denied citizens the right that most other states afforded them. And so this was the time to do it."

"I continue to believe this is a bad law, and I voted no. It's simple; I do not believe the proliferation of handguns in public spaces, which have no purpose other than to injure or kill, is good policy," Rodríguez said. "This is not the kind of civil society we want, and it is not one to which we should succumb."

Under the new law, individuals with non-Texas concealed handgun licenses recognized by the state will also be allowed to open carry.

Gun-control advocate Sarah Brady dies at 73 3 deaths in the U.S. this week from children getting at guns

U.S. News // 1 hour ago
Tampa police chief resigns after golf cart incident
Dec. 5 (UPI) -- The police chief of Tampa, Fla., has resigned following a stint on administrative leave after flashing her badge at a deputy who had stopped her while she and her husband were riding a golf cart.

U.S. News // 2 hours ago
DHS delays REAL ID enforcement to 2025
Dec. 5 (UPI) -- The Department of Homeland Security on Monday has again extended the deadline for the enforcement of REAL ID requirements for travelers, according to the Transportation Security Administration.

U.S. News // 3 hours ago
Texas megachurch pastor returns from suspension
Dec. 5 (UPI) -- A married pastor of a Texas megachurch has been restored to his position after serving a three-month suspension for Instagram messages between him and another woman.

U.S. News // 7 hours ago
2022 year in review: Roe vs. Wade, War in Ukraine, losing Queen Elizabeth II
Dec. 5 (UPI) -- From abortion rights to war in Ukraine, the past year has seen Americans and the world face several historic events.
Advertisement