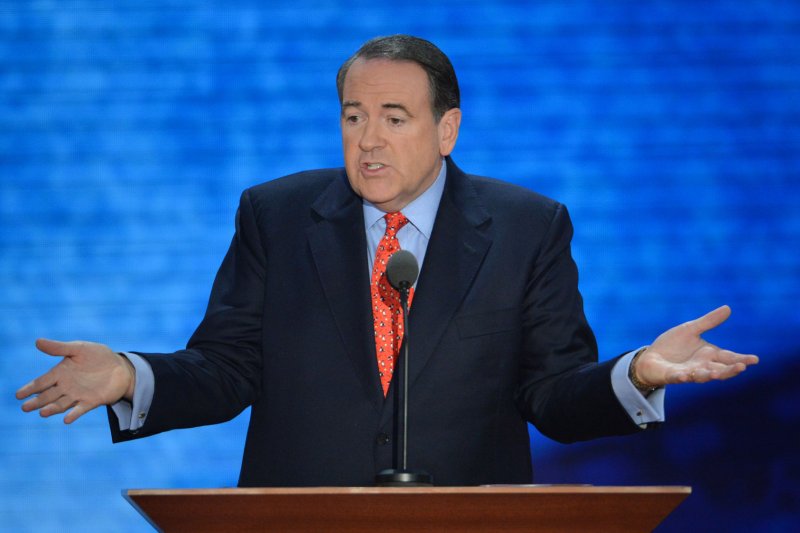 "Josh's actions when he was an underage teen are, as he described them himself, 'inexcusable,' but that doesn't mean 'unforgivable.' He and his family dealt with it and were honest and open about it with the victims and the authorities," he wrote on his official Facebook page.

"Good people make mistakes and do regrettable and even disgusting things," he continued, noting that the police report was hidden to protect the underage victims, not Duggar. The 19 Kids and Counting personality told People Thursday that he acted "inexcusably, for which I am extremely sorry and deeply regret. I hurt others, including my family and close friends."

"Janet and I love Jim Bob and Michelle and their entire family," Huckabee said. Duggar patriarch Jim Bob, and the former governor worked together in the Arkansas legislature during the late 1990s and the two remained friends. In the past, the politician has expressed his admiration of the Duggars, calling them an "example of something that's wholesome and wonderful," People reports.

"[The Duggars] are no more perfect a family than any family, but their Christian witness is not marred in our eyes because following Christ is not a declaration of our perfection, but of HIS perfection," Huckabee said.

"We have been blessed to receive God's love and we would do no less than to extend our love and support for our friends...Today, Janet and I want to show up and stand up for our friends," he concluded.

U.S. News // 1 hour ago
Even with high gas prices, record number in U.S. expected to travel by car over July 4th weekend
July 1 (UPI) -- The number of people who travel far distances in the United States this year over the July 4th weekend is expected to return to pre-COVID-19 levels -- just as gas prices nationwide are starting to fall off.

U.S. News // 2 hours ago
4 dead in Texas after police chase ends with crash near U.S.-Mexico border
July 1 (UPI) -- A Jeep being chased by police on suspicion of human smuggling smashed into a tractor-trailer in Texas near the U.S.-Mexico border, killing four people and critically injuring three others.

U.S. News // 11 hours ago
'Cloned' truck made it easy for smugglers to pass border, officials say
June 30 (UPI) -- Steve McCraw, director of the Texas Department of Public Safety, said that once a smuggler has assumed a legitimate truck's identity, it's easy for them to slip through border inspections.