"I'm really sorry," is the message one former for-profit college recruiter has to students he signed up.

The U.S. Department of Education reduced the access Corinthian Colleges had to federal student aid last year. The company was accused of falsifying grades, attendance and job-placement statistics to increase enrollment. It sold half of its 107 campuses to Education Credit Management Corp. in November.

In April, Corinthian Colleges was fined $30 million for misrepresenting job-placement rates and was ordered to stop enrolling students in California, where most of its remaining schools are.

Former students are asking the U.S. Department of Education to wipe out their student loan debt. Many students are refusing to pay.

Brittany Prock of Merit, Texas, is one example of at least 150 former students who are part of the debt strike. She enrolled into the criminal justice program of Everest University Online to fulfill her dream of becoming a detective.

"The rep I talked to told me how great it would be, how they'd help me find a job when I graduated, and how their grads were highly sought after," Prock told The New York Times.

But when Prock graduated in 2010, the only help she could garner for employment was from the website Craigslist and a sole call for a position in a janitorial service. She owes nearly $84,000 in student debt and is no closer to a job in the field of criminal justice.

Dozens of students planned to file a motion on Monday to intervene in a 2013 lawsuit by California's Attorney General Kamala Harris against Corinthian Colleges. They want to ensure students are involved in legal claims against the company seeking debt forgiveness, opportunities to pursue education elsewhere and for other relief.

"Corinthian can run, but it cannot hide," Mark Rosenbaum, director of Public's Counsel's Opportunity Under the Law program, told reporters at a press conference.

Rosenbaum said the student's efforts to become party to actions against Corinthian "provides an opportunity for these students to have a say-so as to what happens in their lives."

In Florida, the Miami Herald published an investigation into the state's for-profit college industry.

In the "Higher-Ed Hustle" investigation, the newspaper looked through complaints and interviewed current and former students and employees.

The Commission for Independent Education, a division of the Florida Department of Education, provided 157 files of complaints, which held more than 4,600 pages, involving 81 campuses.

Accusations of fraud, theft, mistreatment and poor instruction were directed against the schools in the complaints. The files included the response the school had to the complaints and the government commission's ruling.

"When asked, the commission couldn't identify a single time in its 14-year history when a complaint led to disciplinary action against a school," the Miami Herald wrote.

Vince Martin was a former admissions recruiter for Everest University working as a sales rep in a Tampa, Fla., call center. In 2011, he gave a sworn statement to the Florida attorney general's office about Everest's predatory practices.

His job was to flaunt the successes of enrollment to prospects, but Martin was convinced the job placement rate of more than 90 percent he told prospects was a lie and that the company was preying on people desperate for better opportunities and a second chance.

"I'm really sorry," is the message Martin has to students who he signed up.

"I just felt like I was doing evil," he told the Miami Herald.

More than four years after the Florida Attorney General's Office began investigating Everest, there have been no sanctions against the school or compensation for the school's students. 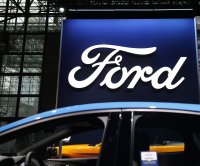 U.S. News // 1 hour ago
Police search for gunman after shooting kills 1 at Tennessee HS graduation
May 19 (UPI) -- Police say that one person was killed in a shooting late on Wednesday at a high school graduation ceremony in central Tennessee, and another person was seriously injured by the gunfire. 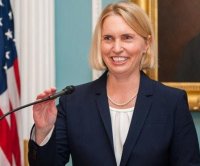