U.S. Senator Marco Rubio (R) Florida, announces his running for the Presidency of the United States, at a rally in the Freedom Tower, Miami, Florida, April 13, 2015. Senator Rubio and his wife Jeanette after making his announcement for the Presidency. Photo by Gary I Rothstein/UPI | License Photo

MIAMI, April 13 (UPI) -- Florida Sen. Marco Rubio announced his candidacy for the 2016 presidential election at downtown Miami's Freedom Tower on Monday by emphasizing a break from the past.

Rubio, a Cuban-American, was the third Republican to officially join the presidential race behind Texas Sen. Ted Cruz and Kentucky Sen. Rand Paul.

Former Secretary of State Hillary Clinton launched her campaign for the Democratic nomination on Sunday.

During his announcement, Rubio stressed his humble beginnings.

"My candidacy might seem improbable to some watching from abroad. In many countries, the highest office in the land is reserved for the rich and powerful," he said. "But I live in an exceptional country where even the son of a bartender and a maid can have the same dreams and the same future as those who come from power and privilege."

Rubio also expressed his desire to bring about change in the country by breaking from the leaders of the past.

"Yesterday is over, and we are never going back," he said. "You see, we Americans are proud of our history, but our country has always been about the future. And before us now is the opportunity to author the greatest chapter yet in the amazing story of America.

In an earlier conference call to his top donors, Rubio said he is running for the presidency because he is "uniquely qualified" to pitch the Republican party as one that defends the "American Dream." He said he regards Clinton as a "leader from yesterday."

"Marco will offer an optimistic vision for a new American century," Rubio's spokesman Alex Conant said. "He will offer new ideas for the new challenges facing our nation in the 21st century."

The announcement was held at the Freedom Tower, which was used as a U.S. government reception center for Cuban refugees from 1962 to 1974. Rubio's parents arrived from Cuba in 1956, before Fidel Castro seized power.

Rubio, 43, first entered politics when he was 26, defeating a West Miami city commissioner twice his age. For the Senate seat in 2010, Rubio beat former Florida Gov. Charlie Crist, who ran as Republican first, but changed and ran as an Independent in a three-way race.

Rubio is trailing other 2016 Republican presidential nomination hopefuls with 7.3 percent in polls, according to an average by Real Clear Politics.

Former Florida Gov. Jeb Bush, considered one of Rubio's mentors, is leading the polls with about 16 percent. Cruz and Paul are both at about 10 percent in the polls.

Although Rubio appeals to Hispanic voters, he has not stood strongly on a side of the immigration debate. He was part of a bipartisan group of eight senators who wrote an immigration bill that passed in 2013 that would have created a conditional pathway to citizenship for some undocumented immigrants, but backed away after some Republican backlash. 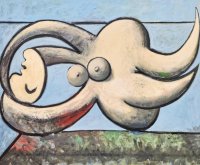 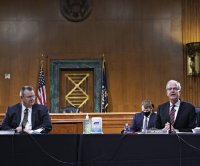