Sen. Menendez was released on his own recognizance but was required to surrender his personal passport. 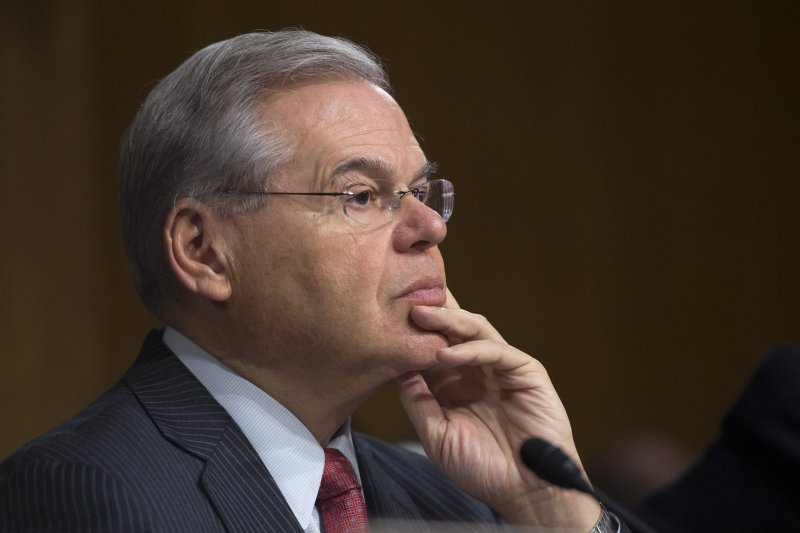 Menendez entered the not guilty plea on each of 14 counts he faces, including conspiracy to commit bribery and honest services fraud. The indictment came about earlier this week after a two-year investigation by the FBI.

The senator allegedly received gifts and donations from his friend, ophthalmologist Dr. Salomon Melgen, in exchange for allegedly advocating on Melgen's behalf when the doctor was accused of overbilling Medicare.

Melgen, who was charged with bribery, was also in court Thursday. He too pleaded not guilty to the charges.

"Let me be very clear, very clear. I have always conducted myself appropriately and in accordance with the law," Menendez said in a news conference last month about the pending indictment. "Every action that I or my office have taken for the last 23 years I have been privileged to be in the United States Congress has been based on pursuing the best policies for the people of New Jersey, and of this entire country.

"Anyone who knows me knows that I fight for the things that I believe are important," he continued. "I have always worked to keep New Jersey families safe, keep our ports secure, and keep the promises we made after September 11th to keep our first responders fully equipped and staffed. There may be no member of Congress that fought harder than I did to get the 9/11 Commission's recommendations into public law. So I fight for these issues and for the people of our country every single day."

The New Jersey Democrat followed that by saying, "That's who I am. And I am not going anywhere."

Melgen donated $700,000 to Democratic senators -- including Menendez -- in 2012. Menendez also flew multiple times to the Dominican Republic as a guest of Melgen's in 2010. The senator reimbursed Melgen $58,000 for the flights after the federal corruption investigation became public in 2013.

In addition to potential criminal charges, the two-term senator also now finds himself facing calls to resign from the office he has held since January 2006.

American Commitment, a grassroots free-market group, has launched a website and started a petition asking for Menendez's resignation.

Menendez is the first U.S. senator to be indicted on criminal charges since Sen. Ted Stevens seven years ago.

Menendez was released on his own recognizance but was required to surrender his personal passport. He is permitted to travel internationally using his Senate passport, though.

A tentative trial date was set for July 13.