ORLANDO, Fla., March 24 (UPI) -- Former neighborhood watch volunteer, George Zimmerman, who was acquitted in the shooting death of a black Florida teen, lashed out at President Barack Obama and said he can not feel guilt for surviving the confrontation with Trayvon Martin in 2012.

In his first public interview since being cleared of civil-rights violations, Zimmerman blasted Obama for "rushing to judgment" against him and "pitting Americans against each other solely based on race" in expressing empathy for Martin's family. In a 13-minute video posted on his lawyer's website, Zimmerman said the person who has been most unfair to him is "President Barack Hussein Obama," citing the president's remarks in March 2012 in which Obama said "If I had a son, he would look like Trayvon."

"And for him to make incendiary comments as he did and direct the Department of Justice to pursue a baseless prosecution he by far overstretched, overreached, even broke the law in certain aspects to where you have an innocent American being prosecuted by the federal government," he said.

Zimmerman was acquitted in the Feb. 26, 2012, shooting death of Martin. The 17-year-old, who was unarmed, was walking home from a convenience store when Zimmerman, acting as a neighborhood watch volunteer, shot and killed him. Zimmerman, 31, said he shot in self defense. The incident sparked a nationwide debate over racial profiling. Last month, the Department of Justice announced Zimmerman would not face charges in the shooting.

Zimmerman said the the Justice Department process "worked," but the investigation should have been taken one step further to determine if his civil rights had been violated.

"And again they had various numerous examples of bounties place on my head, credible threats placed against myself and my family. Against from whom they know to be domestic terrorists and the president and the attorney general and the federal government declined to do anything about it," he said.

He said he does not feel guilty for surviving, but his life has changed dramatically since the incident.

"I have to have my guard up significantly. I have to look over my shoulder on a daily basis several times a day. I don't get to spend time with my family, kids I mentor. I do try and keep my ideals the same. I do try and remain pragmatic," he said. "Because despite it all I still believe people are truly good at heart."

He said he puts his future in God's hands and said his highly reported run-ins with the law since the incident put the attention on the "media's agenda."

"I would ask them to put themselves in my shoes and again when you have a speeding ticket or a speeding infraction, any traffic citation and it makes international news appearing all the way to the UK you have to sit back and ask what is the media's agenda," Zimmerman said.

U.S. News // 19 hours ago
Five states vote in primary contests on Tuesday
Aug. 11 (UPI) -- Voters in Minnesota, Wisconsin, Connecticut and Vermont will hold races while Georgia will hold a pair of runoff contests from its June primary. 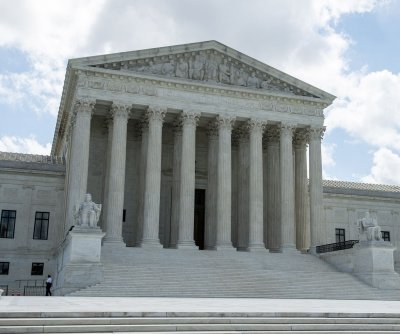