BOULDER, Colo., Feb. 26 (UPI) -- Former Boulder Police Chief Mark Beckner revealed the investigation into the 1996 death of child beauty queen JonBenet Ramsey was mishandled, but quickly backed down after he realized his remarks were public.

Beckner, who was participating in an "Ask Me Anything" session on Reddit, said officers botched the initial handling of the crime scene, and that the local district attorney's office at the time "was inappropriate" and "interfered in the investigation." He later told The Daily Camera he didn't realize his comments were open to the public. The Reddit Q&A has since been taken down.

"I tried to be honest and fair," Beckner said of the chat session, "and I think the only thing I would emphasize is that the unknown DNA [from JonBenet's clothing] is very important. And I'm not involved any more, but that has got to be the focus of the investigation. In my opinion, at this point, that's your suspect."

JonBenet was found dead in the basement of the family's home Dec. 26, 1996, hours after her mother found a ransom note. The investigation became a media spectacle and continues to draw international attention. No one was ever prosecuted in the death.

In the online discussion on the social media and news site, Beckner said police should have immediately separated the parents, John and Patsy Ramsey, before obtaining full statements.

"It was the Christmas holiday and we were short-staffed. We faced a situation, as I said earlier, that no one in the country had ever seen before or since, and there was confusion at the scene as people were arriving before we had enough personnel on the scene," he wrote.

Current Boulder Police Chief Greg Testa said the case is still an open homicide investigation and Beckner didn't reveal any information that is not already public.

U.S. News // 4 hours ago
Senate passes resolution to avoid shutdown, fund gov't until February
Dec. 3 (UPI) -- President Joe Biden is expected to sign a short-term government funding bill on Friday after the Senate passed the stopgap measure to avoid the threat of a federal shutdown. 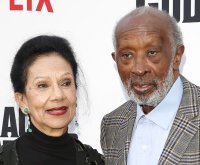 U.S. News // 8 hours ago
Police arrest suspect in shooting death of Jacqueline Avant
Dec. 3 (UPI) -- Police in California said they have arrested a 29-year-old man in connection to the fatal shooting of philanthropist Jacqueline Avant. 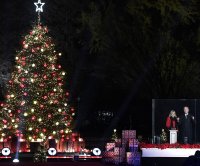 U.S. News // 11 hours ago
NYC mandates COVID-19 vaccine for nonpublic school employees
Dec. 2 (UPI) -- New York City on Thursday mandated that all workers at yeshivas, Catholic schools and other private schools must receive at least one dose of a COVID-19 vaccine by Dec. 20.