President Barack Obama delivers a statement on requesting Congress for a military force authorization against the Islamic State, at the White House in Washington, D.C. on Feb. 11, 2015. Photo by Kevin Dietsch/UPI | License Photo

The bill would restrict fighting to three years and prohibit the use of "enduring offensive ground forces." The battlefield would not be restricted to Iraq and Syria, congressional sources told The Guardian.

Speaking from the White House on Wednesday afternoon, Obama reaffirmed that the authorization "does not call for the deployment of U.S. ground combat forces to Iraq or Syria. It is not the authorization of another ground war like Afghanistan or Iraq."

"This is a difficult mission and it will remain difficult for some time," he added. "It's going to take time to dislodge these terrorists especially from urban areas.

"But our coalition is on the offensive. ISIL is on the defensive and ISIL is going to lose," he said, using the administration's preferred acronym for the terror group.

Obama sent his formal request to Congress on Wednesday.

The Authorization to Use Military Force (AUMF) draft bill may allow the 3,000 troops currently deployed in Iraq to assist in the war by spotting for airstrikes. It may also permit the use of special operations forces to rescue U.S. or coalition personnel or to carry out attacks on Islamic State leadership.

In a letter to Congress, Obama said that IS "poses a threat to the people and stability of Iraq, Syria, and the broader Middle East, and to U.S. national security."

"I can think of no better way for the Congress to join me in supporting our nation's security than by enacting this legislation, which would show the world we are united in our resolve to counter the threat posed by" the Islamic State, Obama wrote.

Military action would be conducted against the Islamic State and its "associated forces."

The proposal is expected to spark debates over presidential war powers and the commitment to another uncertain engagement in the Middle East.

Congress has not voted to give a president formal authority for a military operation since 2002 for the war in Iraq.

If the proposal is approved, the next president of the United States could inherit a war from his predecessor, as did Obama from former President George W. Bush.

The war against the Islamic State will exist simultaneous to the War on Terror, which began in 2001 after the Sept. 11 terrorist attacks. Obama has used the ongoing War on Terror to justify previous military action such the use of drone strikes in Yemen.

Some Democrats feel the 2001 AUMF in the War on Terror has been used too broadly to take military action beyond its original intent. They fear the same may happen for the war powers bill Obama proposes.

In the letter to Congress, Obama said he is committed to "refine, and ultimately repeal, the 2001 AUMF."

About 7,000 U.S. military personnel have died in the wars in Iraq and Afghanistan. The wars may cost taxpayers up to $6 trillion.

Recently, Obama again condemned the Islamic State, calling it a "hateful and abhorrent terrorist group" after confirming the death of Kayla Mueller, an American hostage of the Islamic State.

"No matter how long it takes, the United States will find and bring to justice the terrorists who are responsible for Kayla's captivity and death," Obama said. 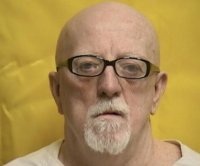 U.S. News // 49 minutes ago
Ohio man's death sentence overturned under new mental illness law
Oct. 23 (UPI) -- An Ohio prisoner's death sentence has been overturned and he was resentenced to life without chance of parole in response to a new law protecting people who were severely mentally ill at the time of their crime. 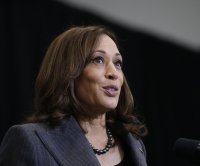