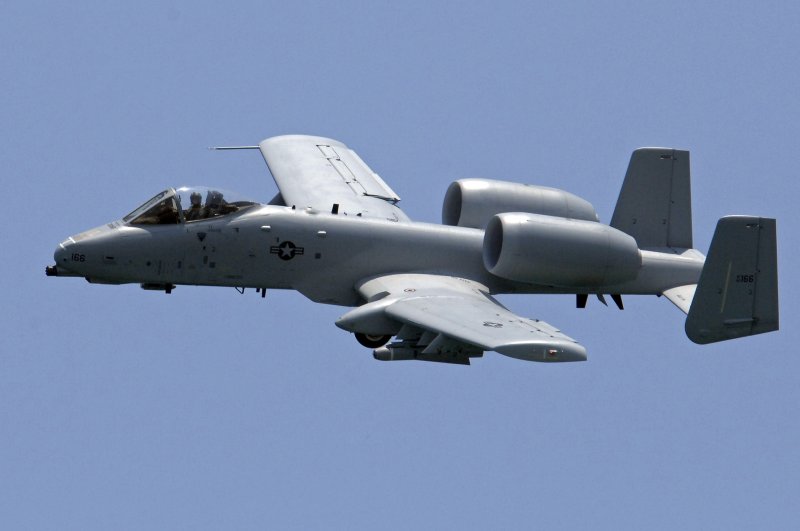 A watchdog group is accusing the Air Force of a "smear campaign" against the A-10 warthog aircraft. File photo by Joe Marino-Bill Cantrell/UPI | License Photo

WASHINGTON, Feb. 10 (UPI) -- The Project On Government Oversight said the Air Force skewed statistics to support its claim that the A-10 Warthog is responsible for killing more U.S. troops in friendly fire incidents than any aircraft in history.

The watchdog group says statistics released by the Air Force and reported on by USA Today didn't use comparable time frames for U.S. troop deaths and Afghan civilian deaths caused by the A-10 aircraft.

The numbers indicate the A-10 has been responsible for 10 U.S. troop deaths in four incidents since 2001. There have been 35 civilian deaths caused by the aircraft since 2010.

"The chart comparing civilian casualties starts in 2010, conveniently excluding the 2009 Granai Massacre in which a B-1 killed between 26 and 147 civilians and wounded many more," Mandy Smithberger, director of the Straus Military Reform Project with POGO, told Air Force Times. "For the fratricide data, on the other hand, the Air Force incongruously extended the time-frame back to 2001. If the fratricide chart had been in the same time frame as the civilian casualty chart, then the B-1 incident would have made it the main killer of troops.''

POGO accuses the Air Force of skewing the data in its effort to replace the A-10, which is used for close air support, with the newer F-35.

"The Air Force is resorting to dirty tricks because it can't make a valid argument against the A-10, proven to be reliable, effective, and a favorite of troops on the ground," Smithberger said.

Air Force spokesman Lt. Col. Chris Karns disputed POGO's accusations, saying the numbers are the most accurate and up-to-date the Air Force has.

He said 2010 is the year the Air Force began tracking civilian deaths using new guidance by the Department of Defense, while data since for friendly fire deaths was more easily provided starting from 2001.

Smithberger said that using POGO statistics, "the A-10 is the safest airplane in Afghan combat, except for the KC-130."