Suicide by firearm killed 876 U.S. children and teenagers in 2013, the most since 2001. File photo by Molly Riley/UPI | License Photo

The center's The Truth About Kids & Guns report found that 82 percent of suicides by kids aged 10 to 19 happened with a gun belonging to a family member, usually a parent.

Most unintentional shootings and school shootings also happened with a gun belonging to a family member.

"Millions of Americans have a gun in their homes thinking that it makes their family safer, but every day in our nation, dozens of these families learn just how dangerous and tragic that miscalculation can be. The bottom line is, having a gun in the home dramatically increases the danger that a child will be shot and killed," said Dan Gross, president of the Brady Center.

"This is the third year in a row we've seen a rise in the rate of adolescent suicide by gun, and it's usually a parent's gun. The same holds true for preventable accidents and school shootings, including the tragedy at Sandy Hook. It's usually a gun that belonged to a parent or a relative," he added. "Every day, 48 children are wounded or killed by gunfire. One of the most significant ways we can address this serious public health and safety issue is to educate parents about the risks of unsafe access to guns in the home. Parents are the first line of defense against gun violence, so we all need to realize the risks and take the appropriate steps to make sure our kids do not have unsafe access to guns."

Data for the report was compiled from the Centers for Disease Control and Prevention.

States with the most gun deaths include Alaska, Louisiana, Alabama, Mississippi and Wyoming. On the opposite end of the spectrum are Hawaii, Massachusetts, New York, Connecticut and Rhode Island.

RELATED 3 deaths in the U.S. this week from children getting at guns
RELATED Teens with mental health problems often have access to guns, study finds 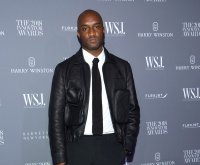 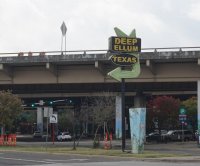