Cruz has been an advocate of the space program, but he is not so sure about climate change. 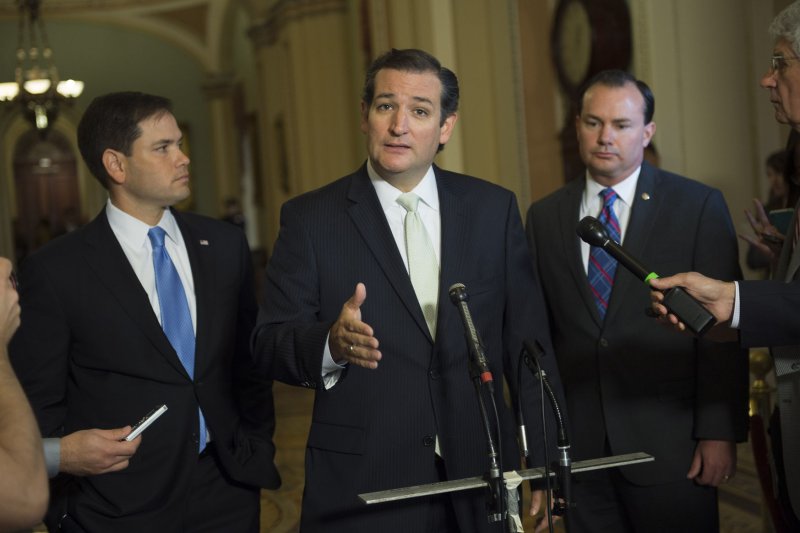 WASHINGTON, Jan. 11 (UPI) -- Sen. Ted Cruz, R-Texas, has been made the chair for the Senate subcommittee on Space, Science, and Competitiveness, which oversees NASA.

Cruz said in 2013 it is "critical" the United States show continued leadership in space exploration and development. However, his opinion on climate change, which NASA is heavily involved in studying, has been a skeptical one.

"The last 15 years, there has been no recorded warming," Cruz told CNN in 2014. "Contrary to all the theories that – that they are expounding, there should have been warming over the last 15 years. It hasn't happened," he said.

Cruz is also a politician who believes in reducing government spending, so it is unclear how he will view NASA's budget.

It has also been announced Sen. Marco Rubio, R-Fla., will chair the subcommittee on Oceans, Atmosphere, Fisheries, and Coast Guard, which oversees the National Oceanic and Atmospheric Administration (NOAA). The NOAA is responsible for analyzing atmospheric and oceanic conditions. The NOAA is also heavily involved in analyzing climate change trends, which is something Rubio also doesn't support.

"I do not believe that human activity is causing these dramatic changes to our climate the way these scientists are portraying it," Rubio said in 2014.

U.S. News // 11 hours ago
Heavy storms to slice through heat, humidity in the Northeast
June 26 (UPI) -- Summertime heat and humidity have taken a hold of the Northeastern states for the final weekend of June. A strong cold front is on the way to cut steamy conditions.