Obama said the rioting in Ferguson is symptomatic of larger racial tensions between communities and law enforcement. 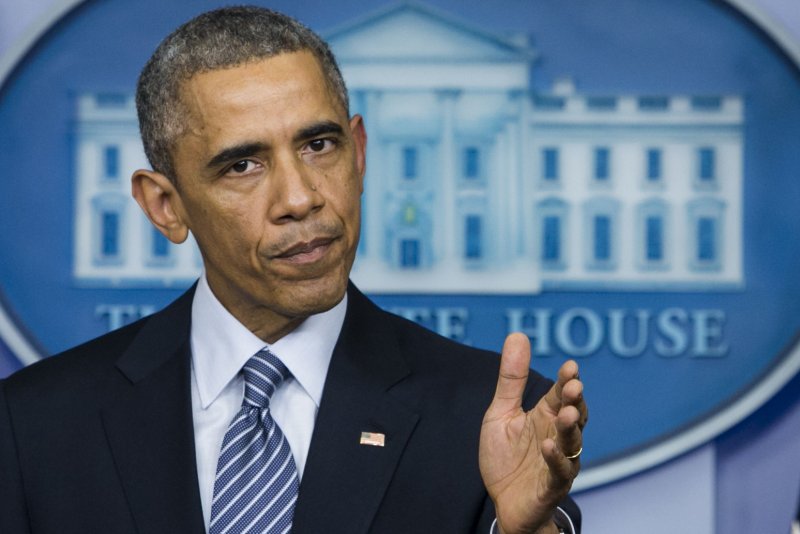 President Barack Obama delivers remarks at the White House in Washington, D.C. on November 24, 2014 following the announcement that no charges will be filed by the grand jury against police officer Darren Wilson in the Ferguson, Missouri shooting of Michael Brown. UPI/Kristoffer Tripplaar/Pool | License Photo

FERGUSON, Mo., Nov. 25 (UPI) -- U.S. President Barack Obama on Tuesday called for peace in Ferguson for the second time in as many days, condemning the "criminal acts" that took place Monday.

The president criticized the looting and property destruction that took place in the town after it was announced the grand jury decided not to charge Ferguson Officer Darren Wilson for the shooting death of Michael Brown.

"People should be prosecuted if they engage in criminal acts," Obama said. "Nothing of benefit, nothing of significance results from destructive acts."

Obama said the rioting in Ferguson is symptomatic of larger racial tensions between communities and law enforcement.

"The frustrations that we've seen are not just about a particular incident, they have deep roots in many communities of color who have a sense that our laws aren't always being enforced uniformly or fairly," he said. "That's an impression that people have and it's not made up; it's rooted in realities that have existed in this country for a long time."

Earlier Tuesday, Mo. Gov. Jay Nixon promised to more than triple the number of National Guard troops deployed around Ferguson after Monday's violence. He said there will be more than 2,200 troops in St. Louis County Tuesday.

"The violence we saw in areas of Ferguson last night cannot be repeated," Nixon said.