The collision occurred just one block from where a Halloween parade was about to start.

VANDALIA, Ill., Oct. 31 (UPI) -- Three young people are dead after a freight train struck the car they were riding in on Thursday night in southern Illinois.

An SUV driven by Crystal Anna, 35, pulled onto the tracks at the intersection of Main Street and 6th in Vandalia, 70 miles northeast of St. Louis around 6:50 p.m.

Siblings Drake Wisnasky, 13, and Abby Wisnasky, 10, were both pronounced dead at the scene, as was their step-sister, Alyssa Swell, 18, said Fayette County Coroner Bruce Bowen.

Two other occupants of the vehicle were airlifted to a hospital in critical condition.

An eyewitness indicated the driver of the SUV had not intentionally put her vehicle in front of the train. The witness said she backed up all the way to the gate, then tried to move forward to get out of the train's path, but failed to do so in time.

Authorities say the Halloween parade, just a block away from the tracks and scheduled to start at 7 p.m., went on as planned.

Joni Ernst: I will be the next United States Senator from Iowa Brittany Maynard: I'm not yet ready to die Man turns himself in over murder of Stillwater teen Father of murdered schoolgirl Sarah Payne dies Actress Lucy DeCoutere becomes first public accuser of Jian Ghomeshi 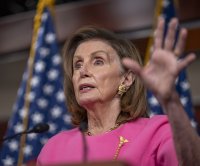