Hagan and Tillis competing in possibly the most expensive Senate race in U.S. history

RALEIGH, N.C., Oct. 21 (UPI) -- Despite not receiving as much national attention as other midterm battles, incumbent South Carolina Senator Kay Hagan and challenger Thom Tillis are on pace to outspend every senate race in United States history.

Thus far, Kagan and Thillis have combined to spend or commit over $103 million dollars from high profile donors, with Charles and David Koch backing conservative Thillis, and George Soros and Michael Bloomberg throwing their coffers into Kagan's campaign.

All told, the money has financed over 80,000 TV ads through the last formal measurement on October 13.

"It's a stunning number, and it tells you two things," Larry Sabato, a University of Virginia political scientist, told the Charlotte Observer.

"Campaign finance is completely out of anybody's control and North Carolina is a premier swing state."

Factor out committed money, and each candidate has combined to spend "only" $72.7 million, putting the race handsomely on track to surpass the previous record set by Elizabeth Warren and Scott Brown in Massachusetts in 2012.

"At the end of the day it's still going to come down to turnout," reminds Republican media strategist Marc Rotterman.

U.S. News // 1 hour ago
Trump admin proposes rule to refuse refugees based on COVID-19
July 9 (UPI) -- The Trump administration is planning a new rule that cites danger from the COVID-19 pandemic as justification for denying immigrants asylum in the United States. 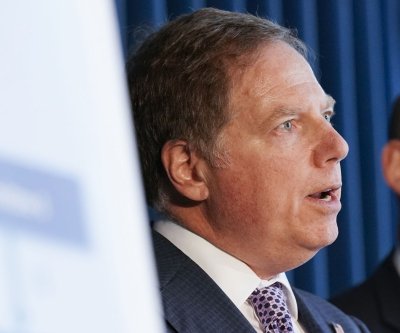